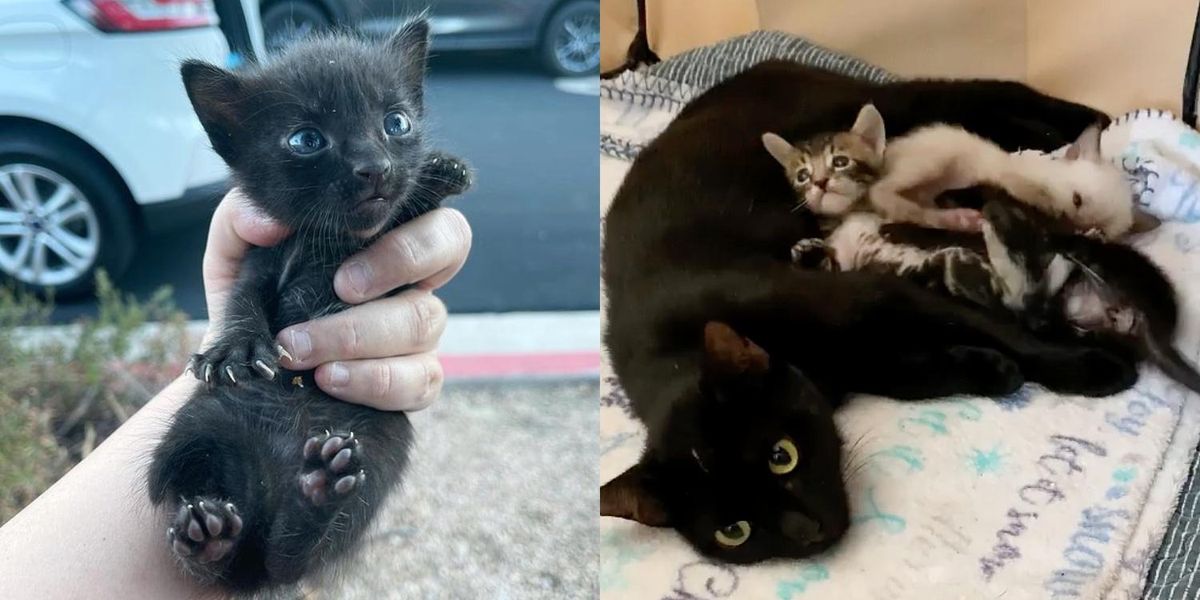 A woman finally found the cat that she had spent nearly a year searching for. And she rescued her kittens, too. 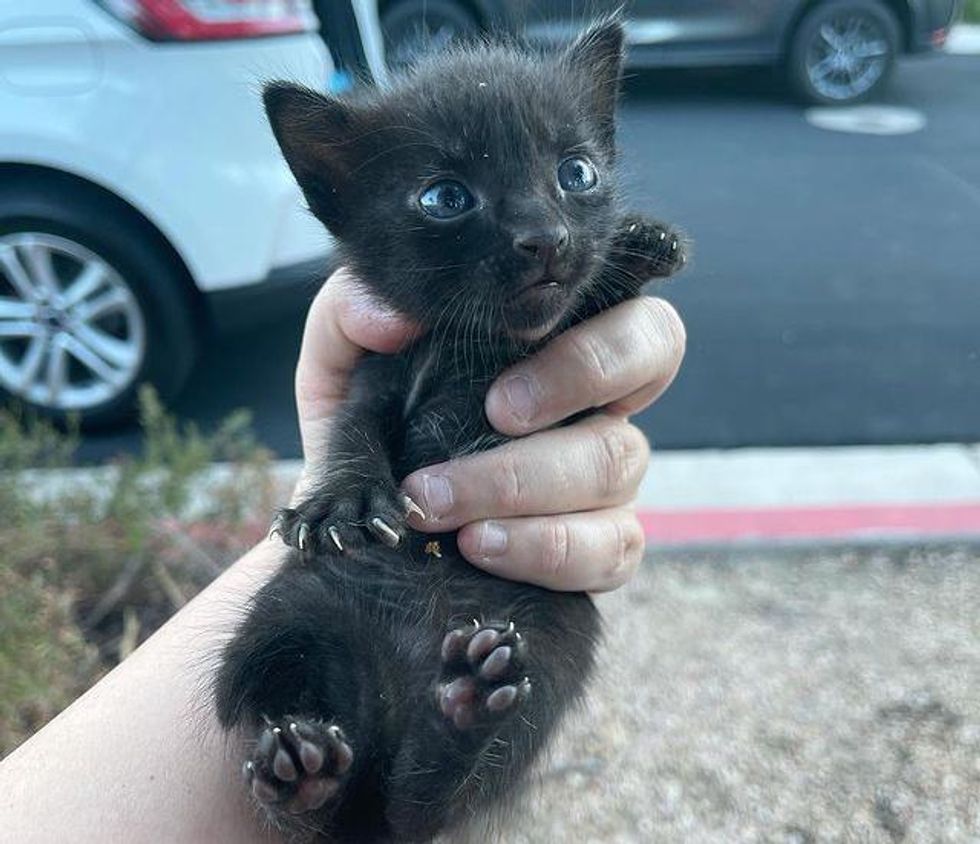 Kymmi, a TNR (trap-neuter-return) rescuer based in Las Vegas, had a run-in with a feral cat a year ago near an electric company. That’s when she found the cat’s three kittens, all with eye deformities, and they were in desperate need of critical care. She rescued the kittens just in time, but couldn’t find the elusive mom.

The trio’s road to recovery was long and full of challenges, but with painstaking care, things began to look up for them. Kymmi returned to the neighborhood in hopes of finding the mom and getting all the street cats fixed and cared for.

“She was able to trap the entire colony with the exception of the momma cat,” Nikki Martinez, foster mom to the three kittens, shared with Love Meow. “Night after night, week after week for months, Kymmi went there to try and catch their mama without success.”

The business owner who helps care for the community cats, continued to keep an eye out for the elusive mom. Despite many unsuccessful attempts to find her, Kymmi’s determination never wavered. 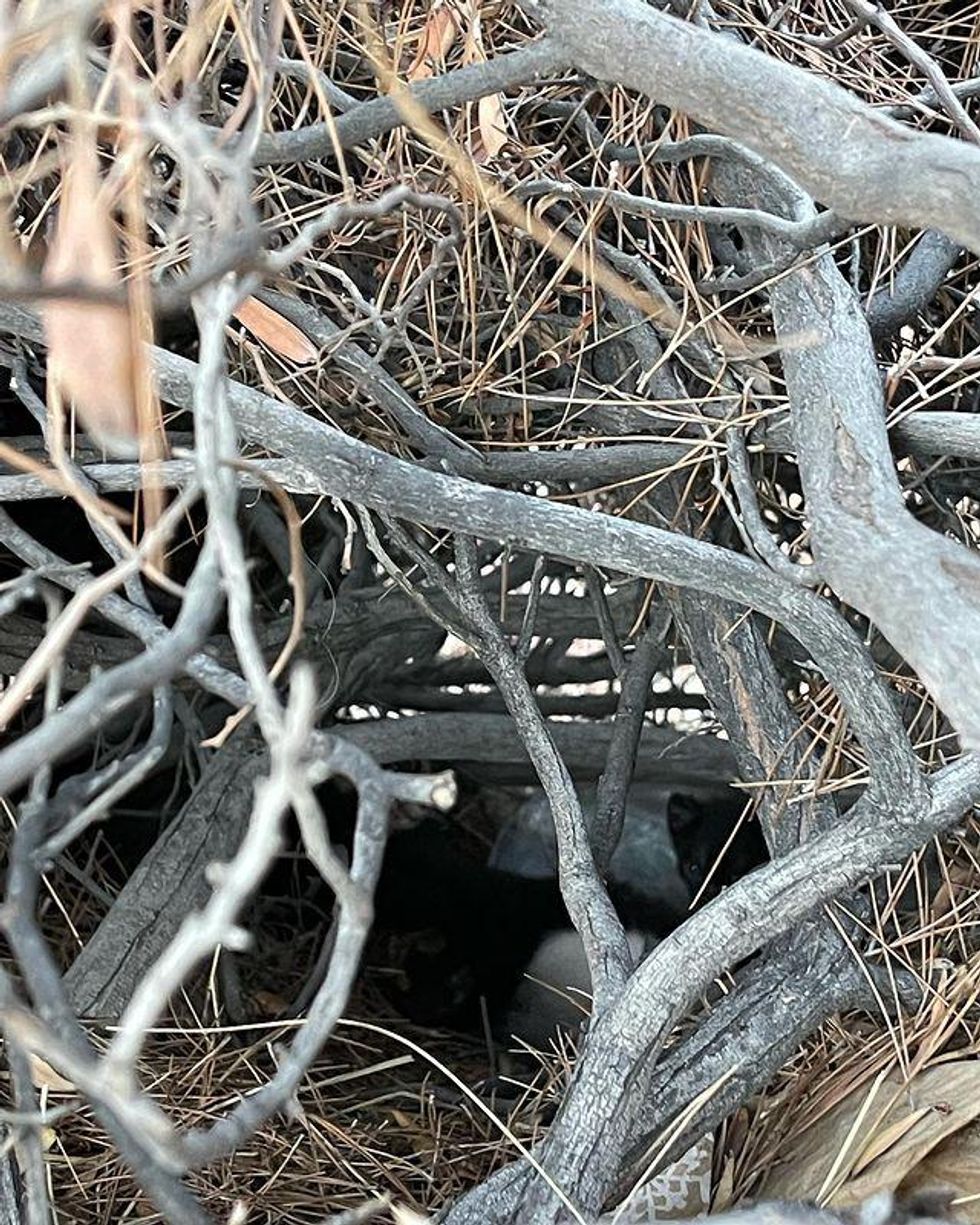 They found the kittens hidden in a thick bushNikki Martinez @myfosterkittens

Fast forward to 10 days ago, Kymmi received the news that she had been waiting for. The business owner reached out and informed her that the cat had returned, but she wasn’t alone.

“When the caretaker told me she had new kittens, I knew this was a new shot,” Kymmi told Love Meow.

She contacted Nikki who immediately hit the road and arrived with a drop trap. Nikki placed some smelly treats inside the trap and waited from afar for the feral mom to show. After a year of searching for the elusive feline, they finally brought her to safety. 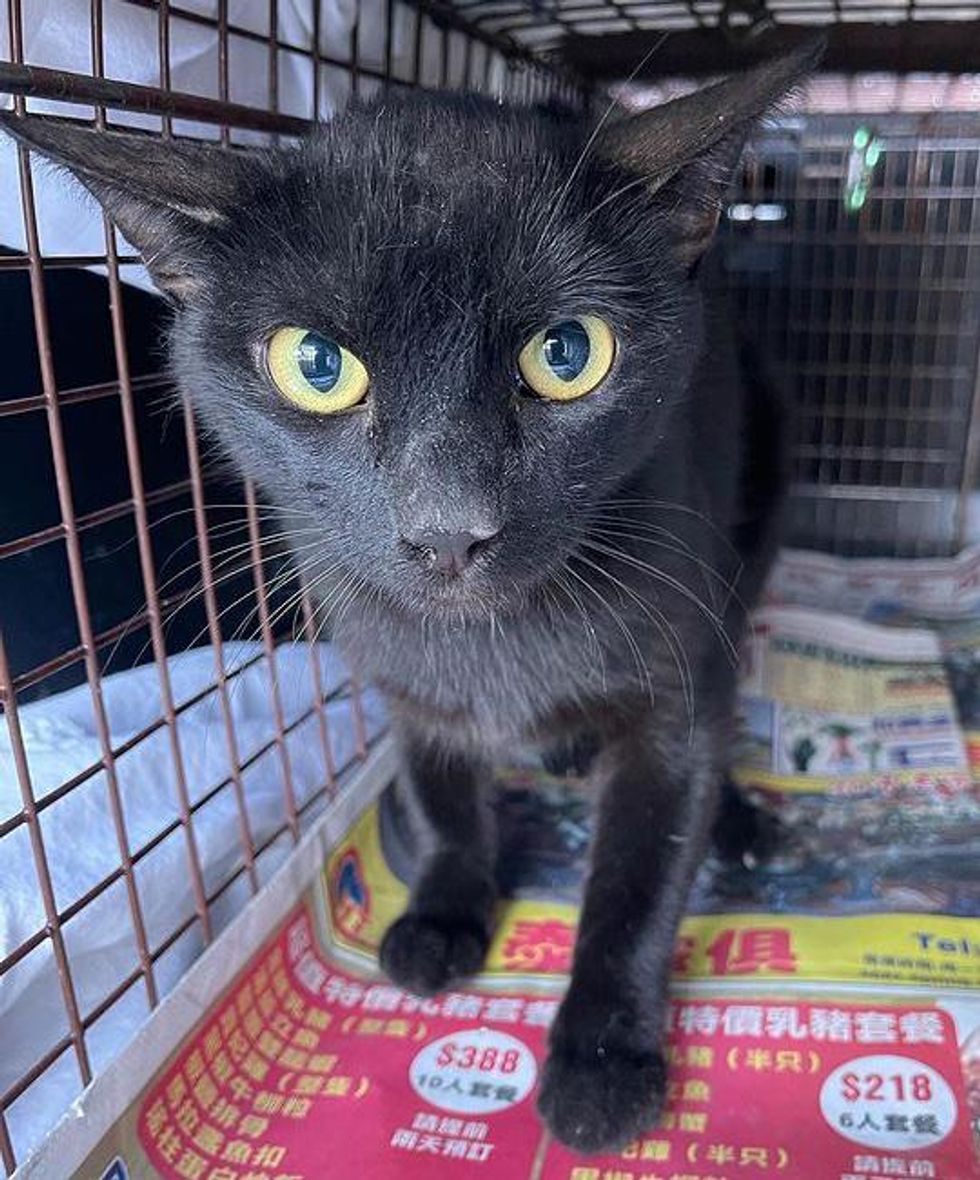 They discovered that her new kittens had been stowed away under some shrubs and were out of reach. “They were all huddled together in a super thick bush and I was unable to grab them,” Nikki shared.

“I contacted my sister Cordy who lives about a mile away, and she jumped in her car with her gloves and her gardening tools to help me!”

After carefully removing twigs and branches, they were able to retrieve the kittens one by one — a total of four fur babies were accounted for. They searched the bushes thoroughly to make sure that no kitten would be left behind. 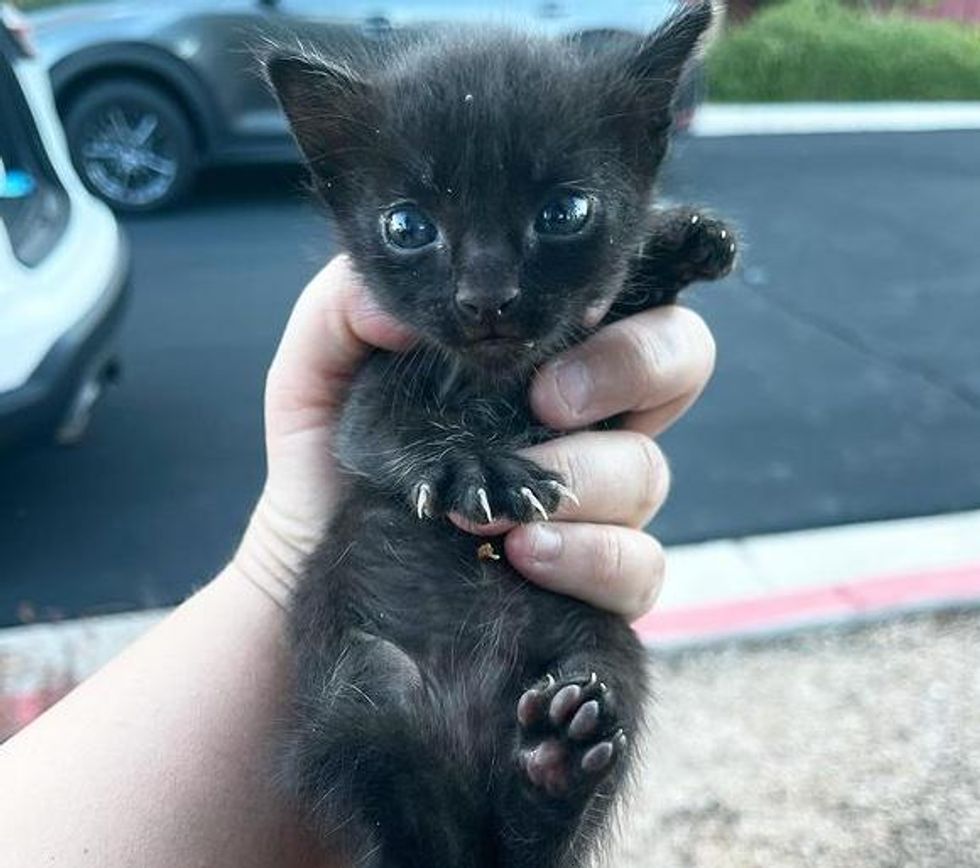 The cat mom was reunited with her litter in the comfort of a new nest at Kymmi’s home. The kittens nuzzled up to their mom and nursed away in an adorable assembly line after a quick tour around their new digs.

Watch the rescue journey of the cat family in this video:

Momma is very protective of her kittens and isn’t interested in interacting with humans, but she is pleased with the food service and the comfy nest that Kymmi has set up for her.

Now, she can focus on caring for her demanding babies and catering to their every need. 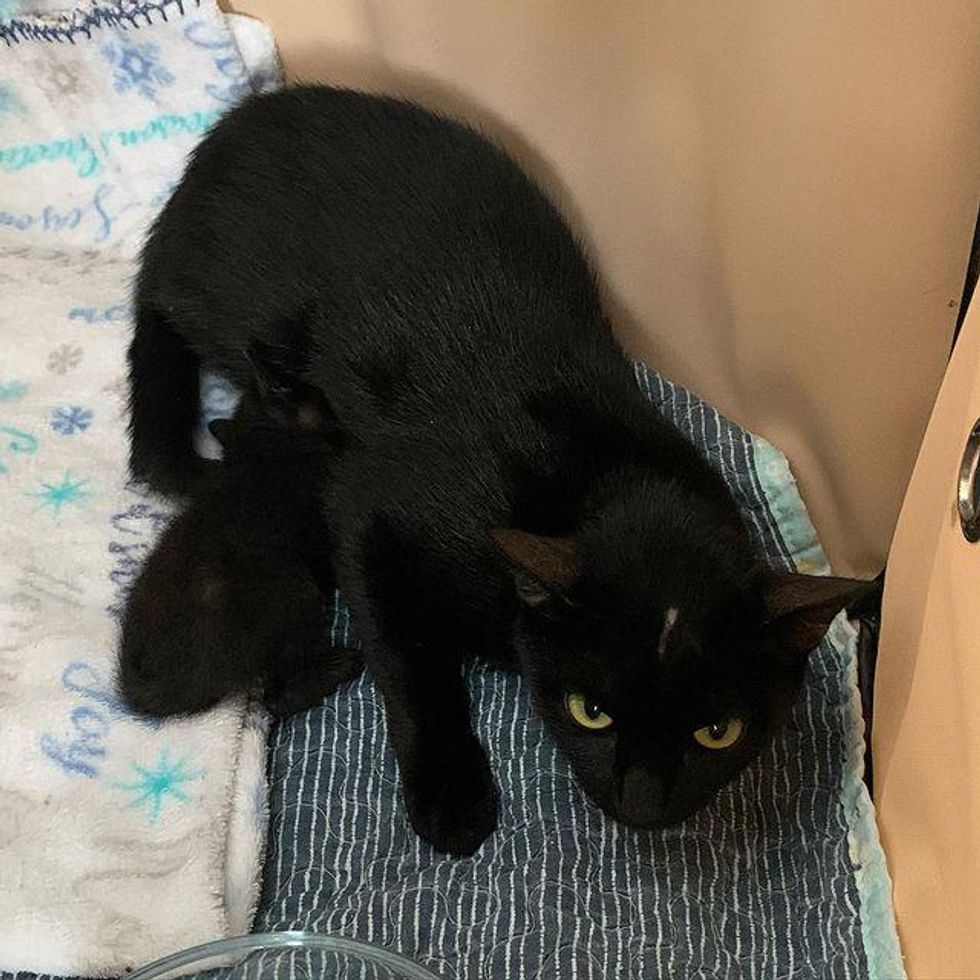 After having litter after litter, she will never have to go through another pregnancy and fend for her kittens on the streets. She will finally get to enjoy being a cat and doing cat things.

The kittens have been named Tesla, Volta, Faraday, and Franklin as they were found near the electric company. 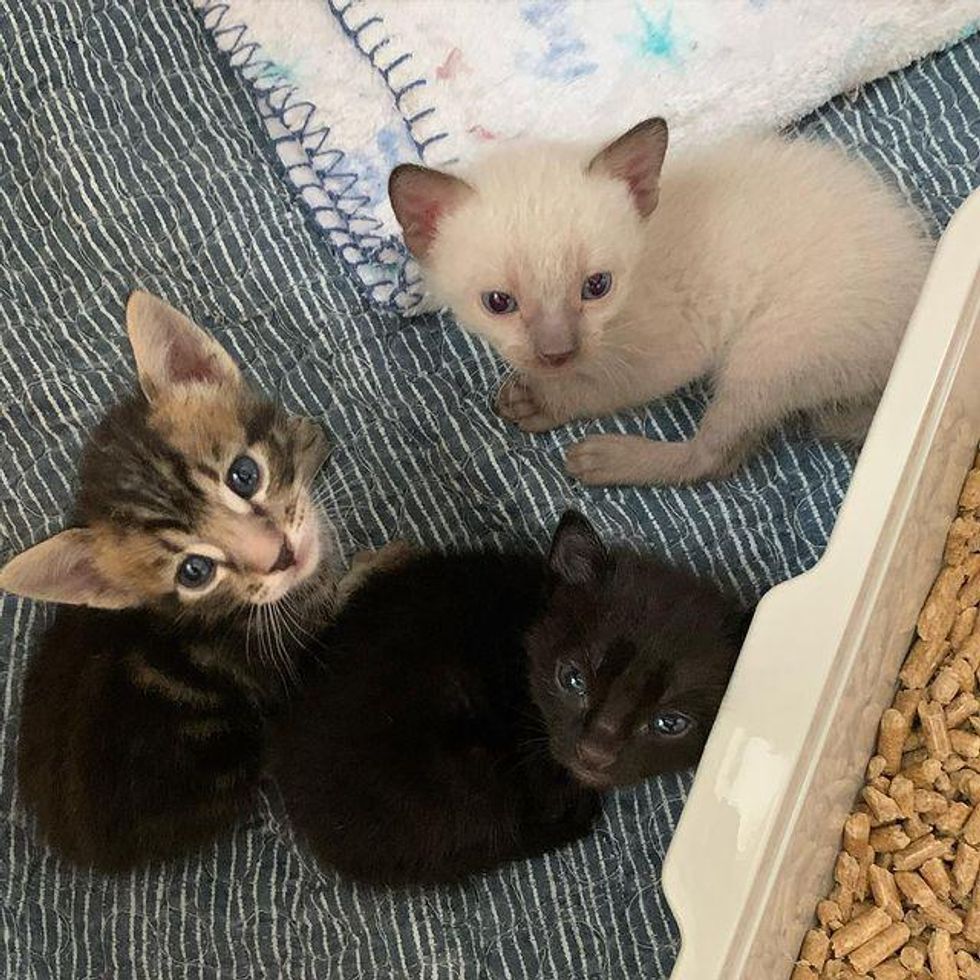 The litter of four are having the time of their lives, rolling around in their clean blankets and bed sheets, trying to wrestle with each other and their mom’s tail, and learning to walk and jump in their playpen. 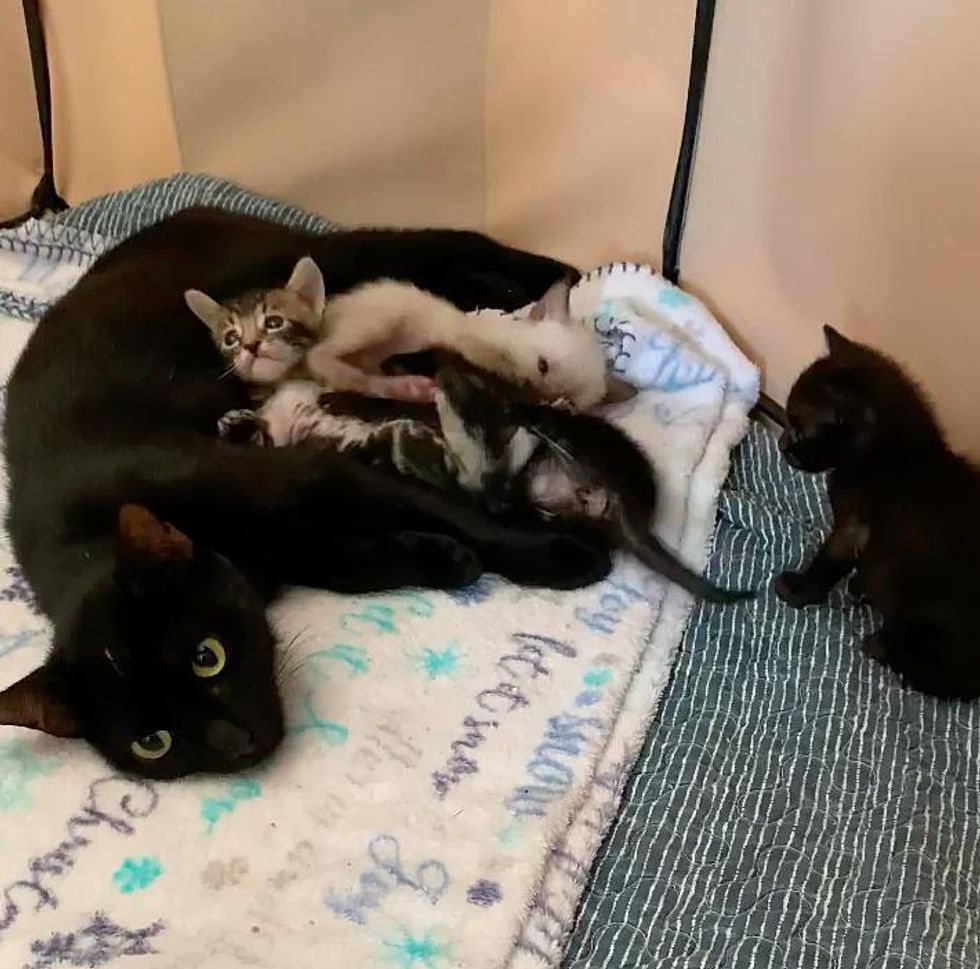