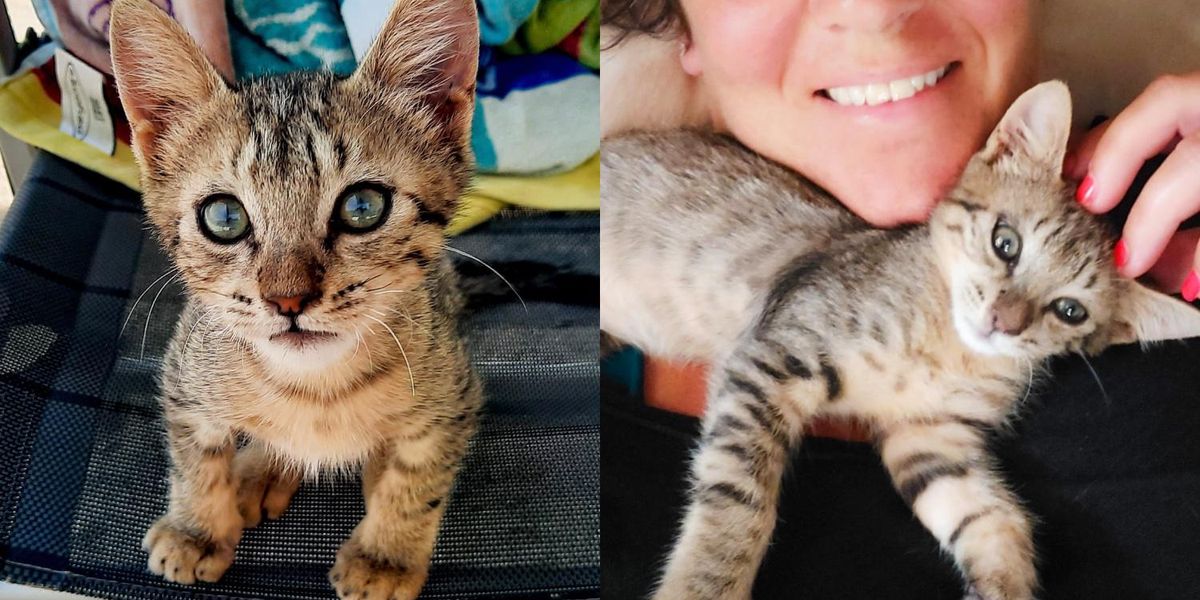 A kitten came running to a couple and insisted on being their travel buddy. 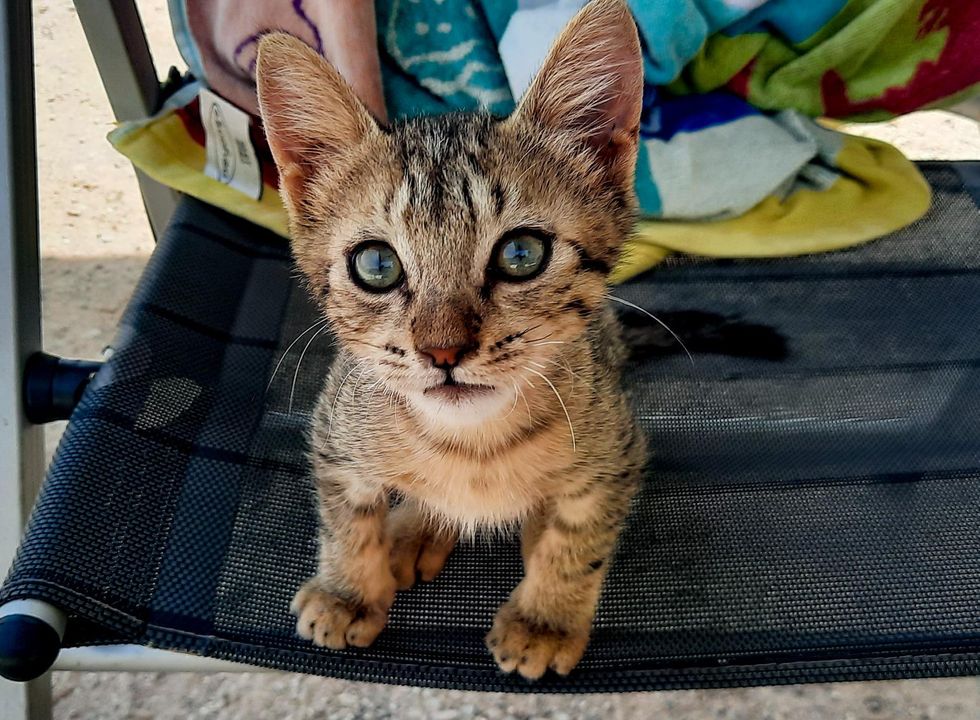 Claire and Derek (of Rocking Life On The Road) were traveling in Greece in their motorhome when they came across an unexpected visitor. A little tabby came bounding over and asked for food when they were out enjoying the sunset on a beach.

“We were in Evia parked at a beach about 10 days ago, and this little kitten just came over to us,” Claire told Love Meow. “There were no other tourists around and the only local was an old man taking a walk.”

As it turned out, the tabby had strutted over to the elderly man and begged for something to eat. “The Greek gentleman said that he didn’t think the kitten belonged to anyone here as most of the properties were holiday homes and unoccupied at the present time.” 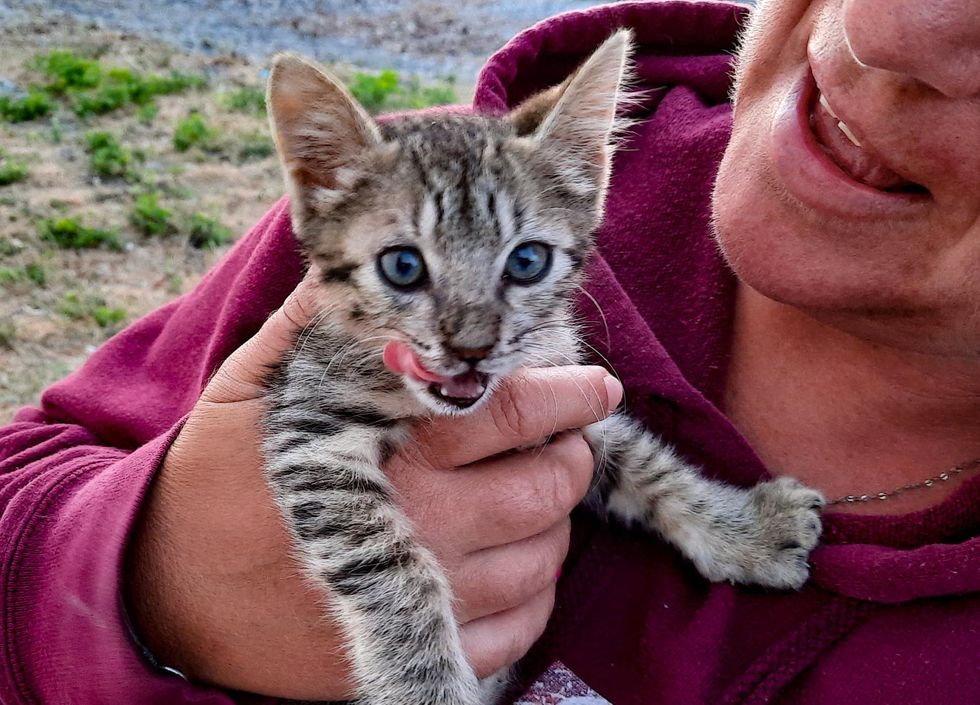 After asking around and talking to more people, nobody was missing a cat. “It became obvious to us that the kitten had been left on the beach, and that he wouldn’t survive another 24 hours without food, water and shelter.”

It was getting late, and the kitten was playing with Claire’s feet and “grooming her,” vying for her attention with his sand paper kisses. “I picked him up and he was asleep in my arms within minutes. He took to the camper right away.” 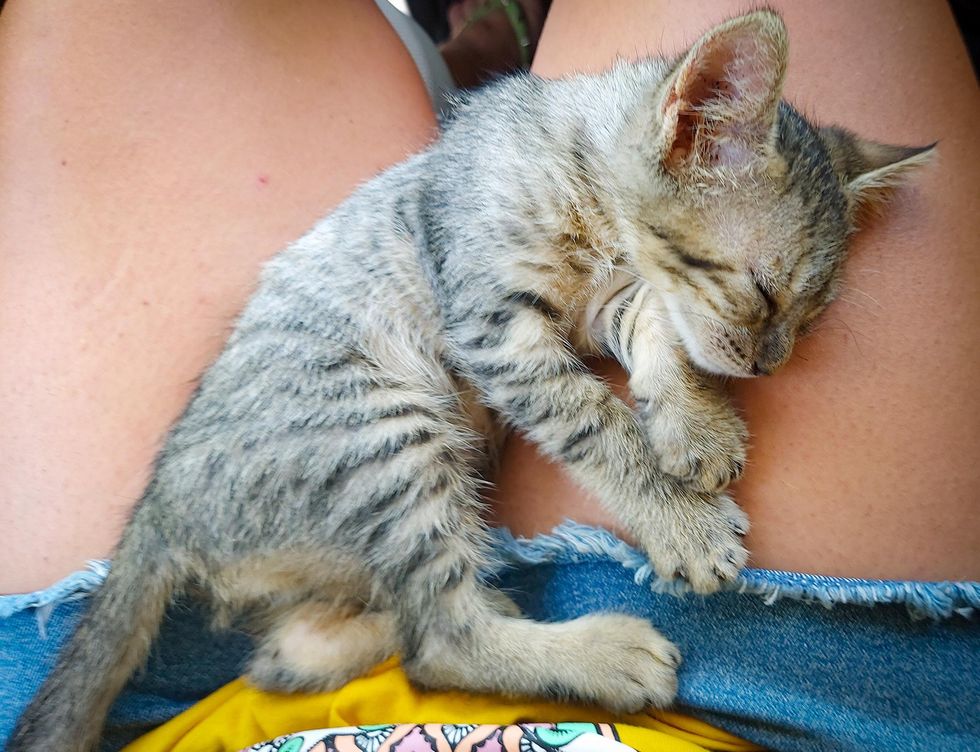 He curled up in Claire’s lap and fell asleep@rockinglifeontheroad

The couple stayed the next day just in case someone might turn up for the little feline, but no one came to claim him. Meanwhile, the friendly stray already made himself at home in their camper and assumed the role as their van security kitty.

“We couldn’t leave him, he was so small and so hungry. So we decided to take him on our travels with us. We named him Vangelis, Greek for Archangel,” Claire shared with Love Meow. 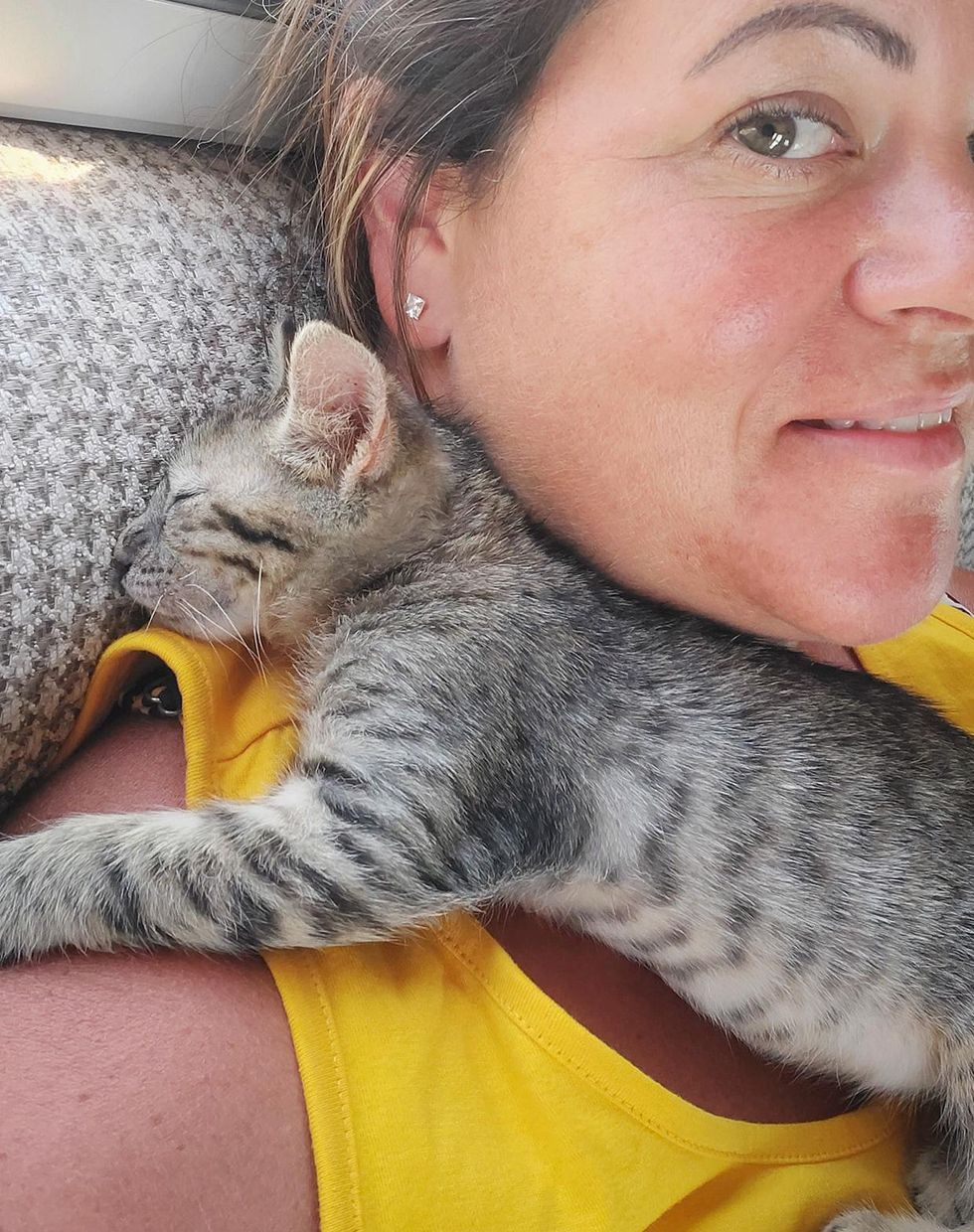 The kitten is a natural travel companion and isn’t bothered by the engine, drive and traffic noises at all. He’s crawled his way into the couple’s hearts and had Derek wrapped around his tiny paw.

“He’s fast become a member of our family. He has a lovely nature but he’s still fiercely independent,” Claire told Love Meow. 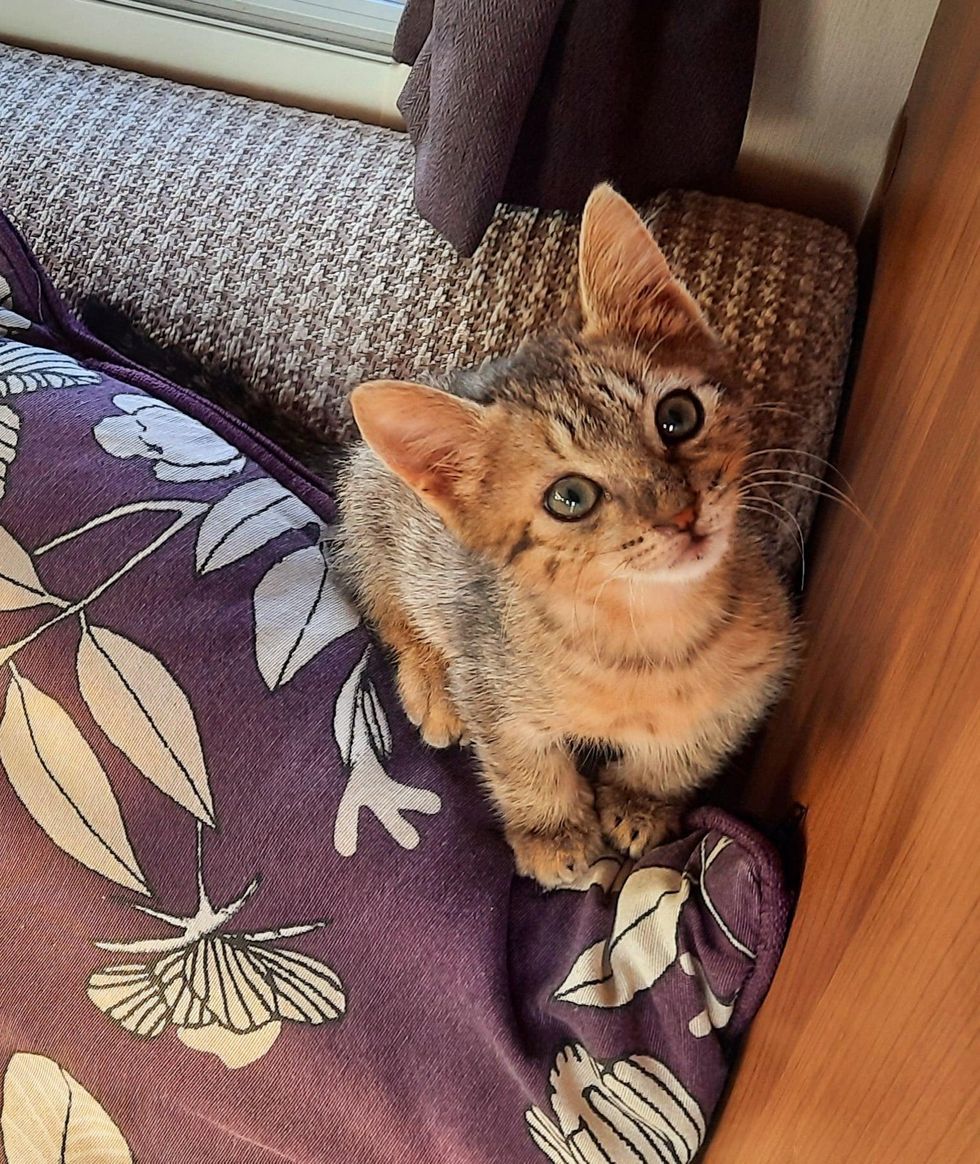 “He loves Derek and will happily sit on his lap whilst he’s working on the laptop, but he loves cuddles with me in the morning. He’s very affectionate and his personality is amazing.”

The tabby boy has also captured the hearts of many locals. Everywhere he goes, he puts a smile on people’s faces. 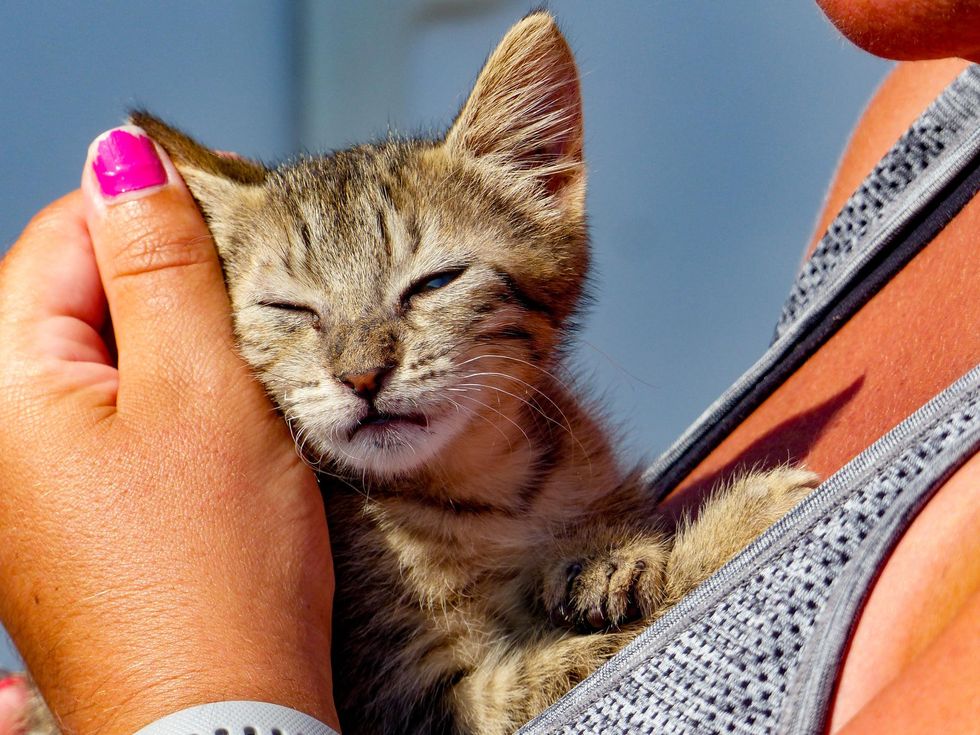 A sweet Greek lady who noticed the kitten on the beach, became enamored by the little bundle of energy. She came up to the couple to offer some cat food and treats, and said she would come back the next day. A few hours later, she returned and brought food for the couple, too — “a big bag of oranges from her own orange trees and eggs from her own chickens.”

“This is what we have encountered everywhere we travel in Greece. These small acts of kindness from one ‘stranger’ to another truly overwhelm me at times.” 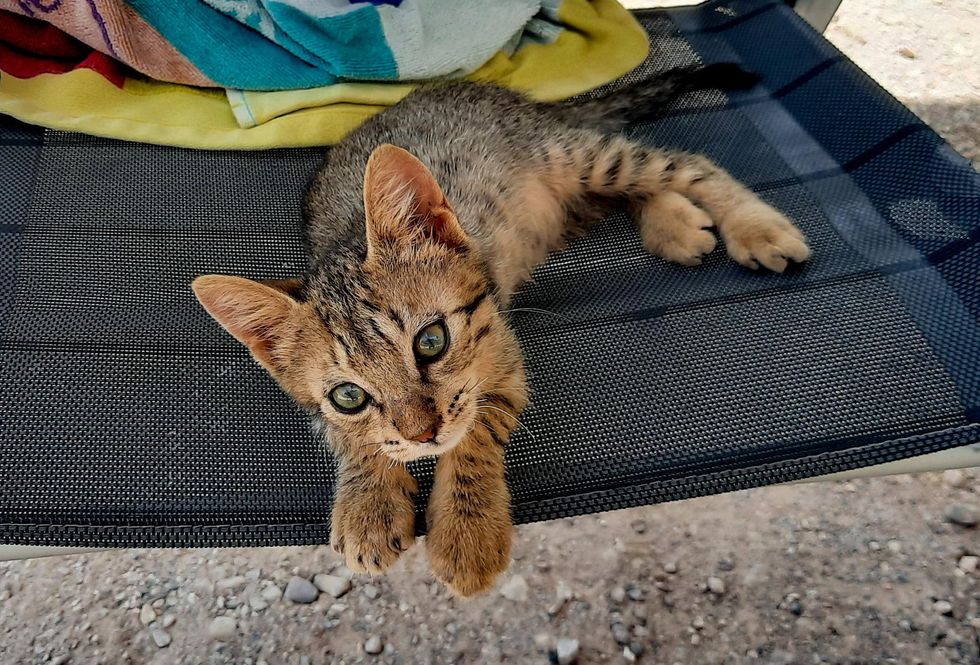 In no time, Vangelis has turned into an adept traveler. He sleeps soundly when riding in the vehicle with his humans, and has a fantastic appetite.

“He sits on Claire’s lap, looking out the windows, and after about 15 minutes he falls asleep,” Derek wrote. 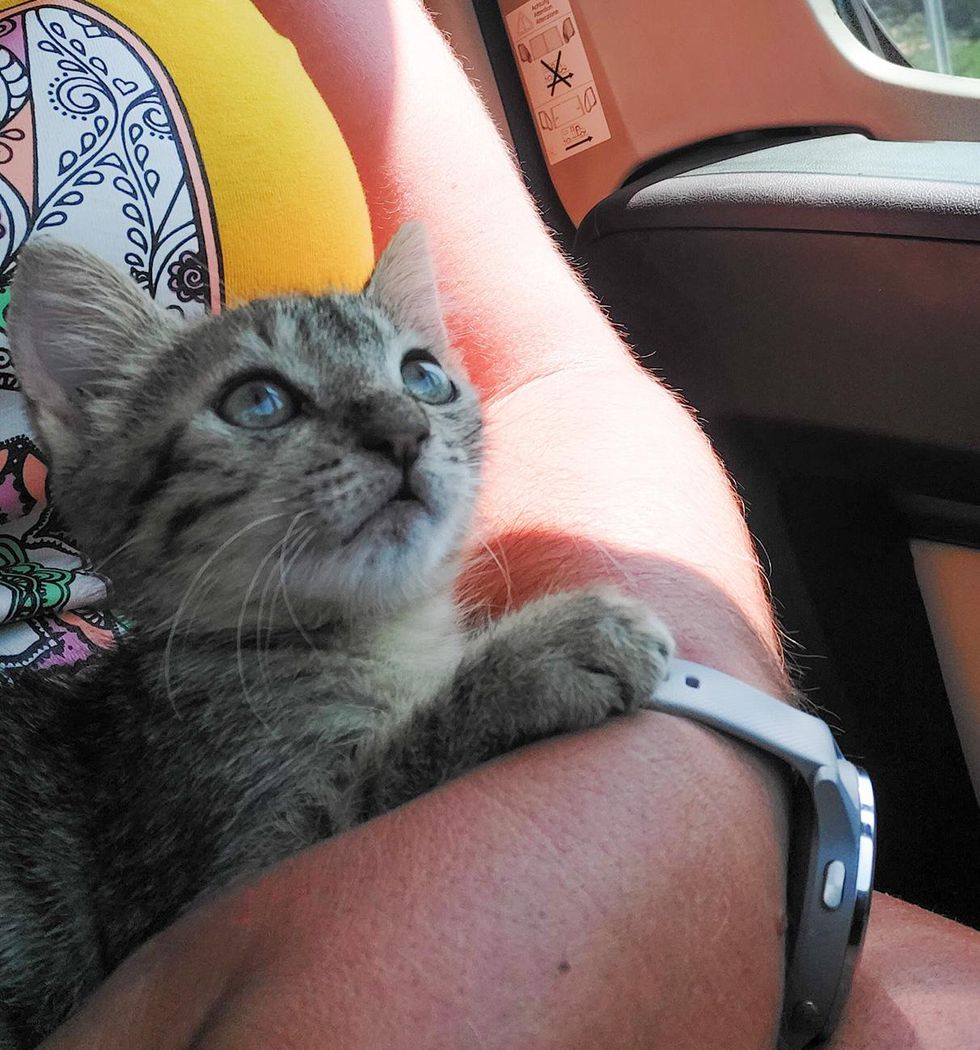 The rambunctious tabby is loving his new life with the family of his dreams.

He no longer has to wander around and scrounge for food without a sense of belonging, as he now has loving humans who cater to his every need. 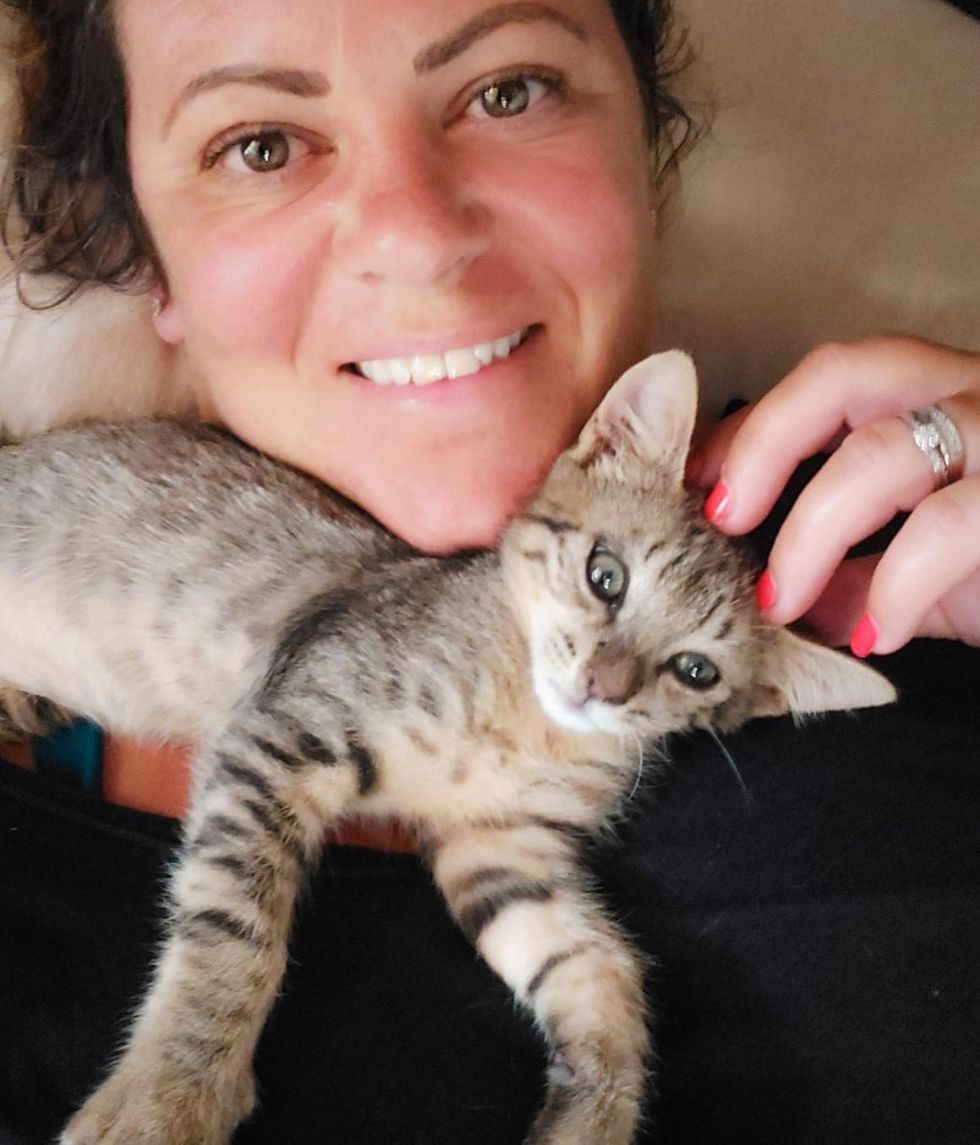 “He’ll be coming home with us when we return to the Isle Of Man in October,” Claire shared with Love Meow. “This little fella will live like a king for the rest of his life.” 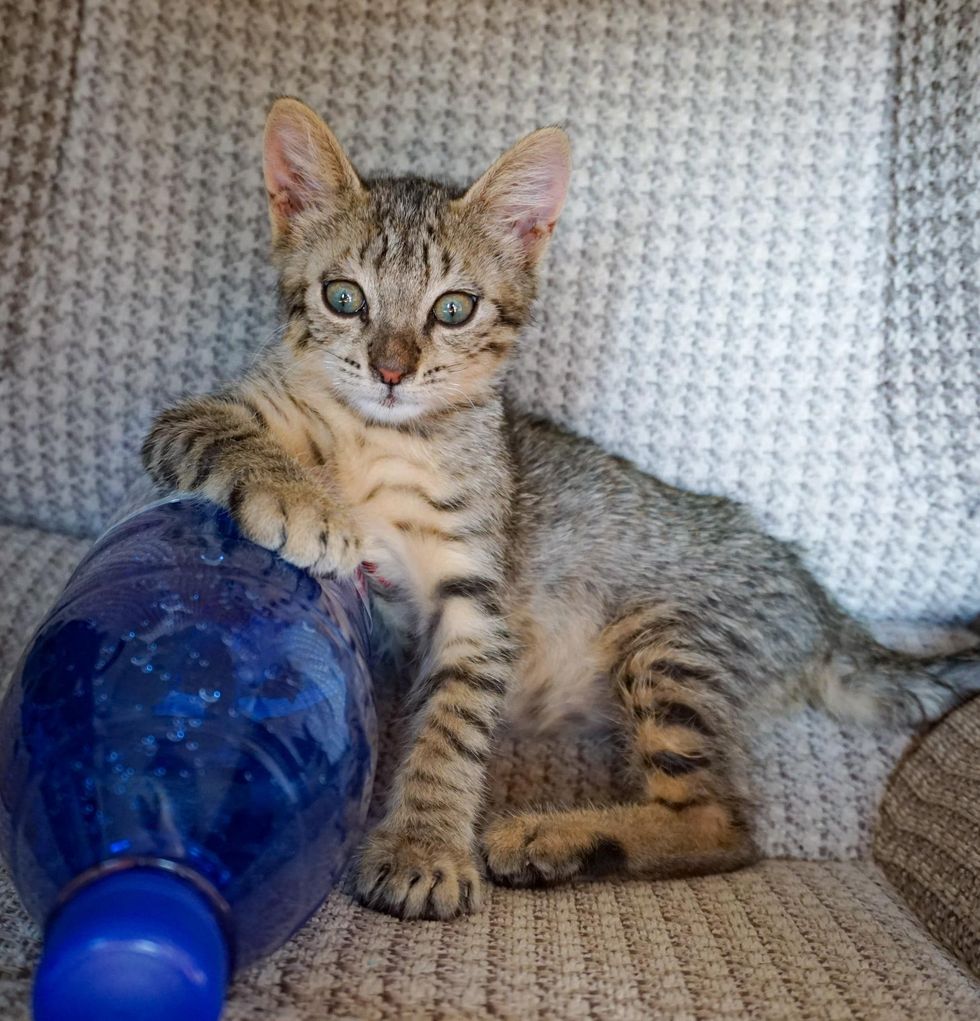 From wandering the streets to living life like a king@rockinglifeontheroad

Related story: Kitten Came Back to Woman Who Was Kind to Her and Moved Right into Her House