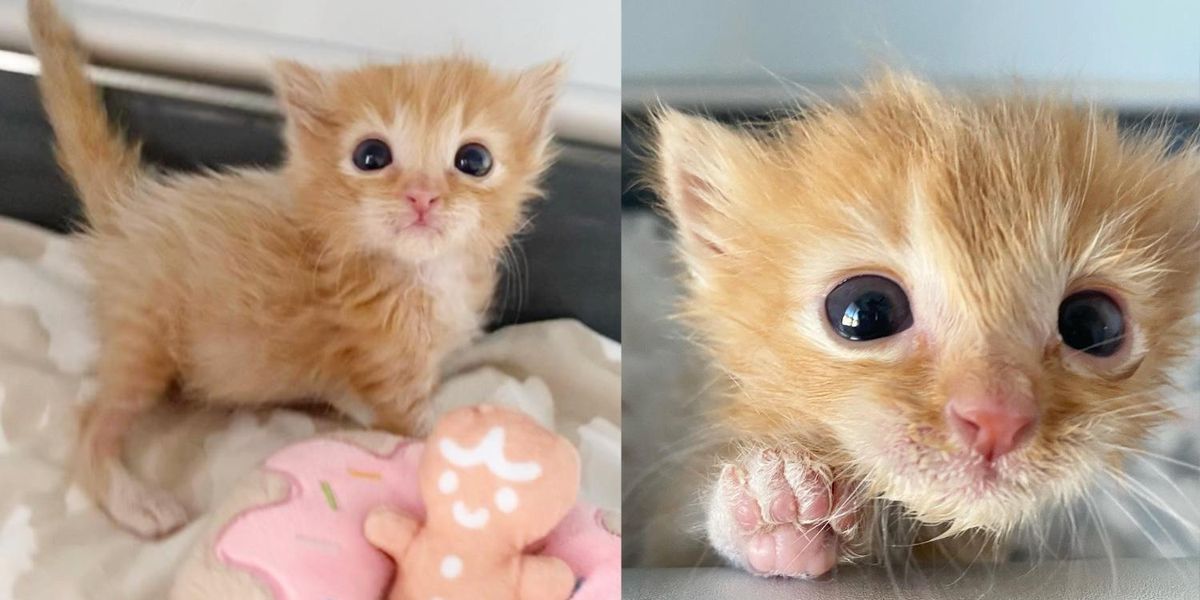 A kitten who was left behind after birth, triumphed with the help of a foster family and his strong will to live. 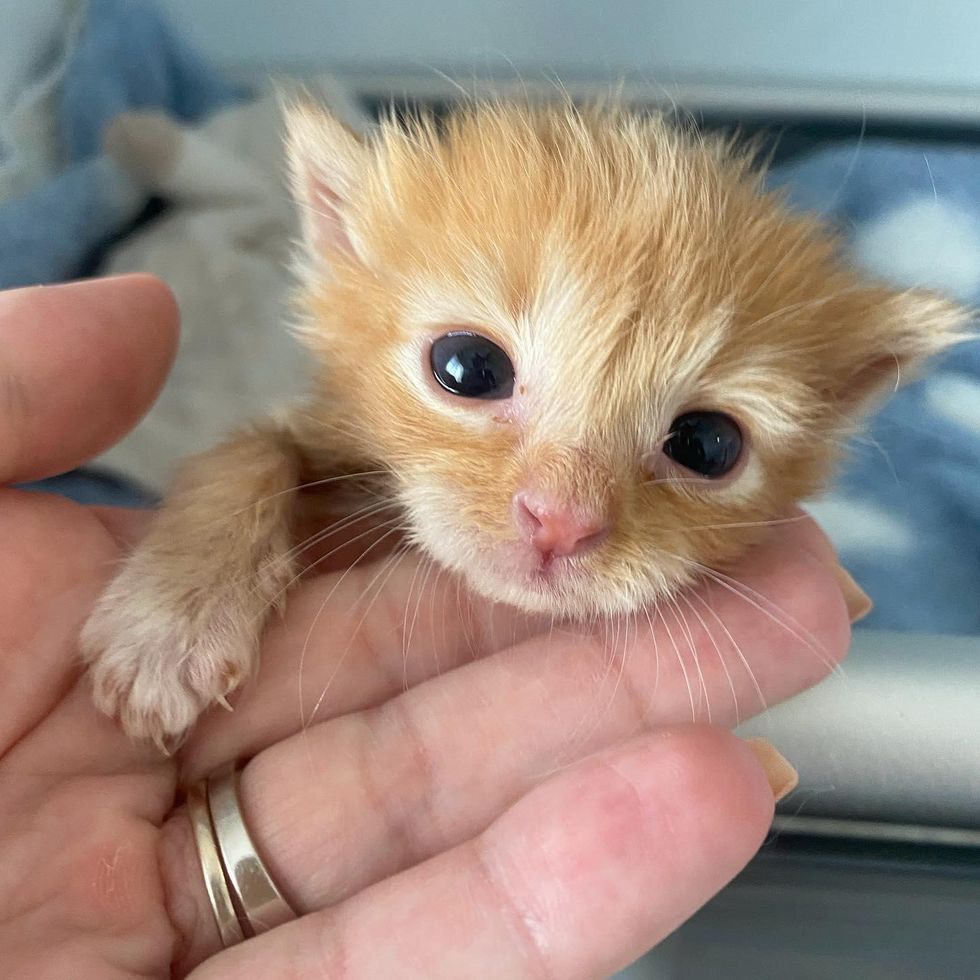 Two kittens were found by a concerned citizen on the first day of July. Their cat mother never came back for them, and the kittens became critical and in need of rescue.

“We always strongly encourage monitoring the situation without taking the babies (from the mother), but in this situation, it was obvious we needed to intervene,” Patricia Lika, a Las Vegas based fosterer, told Love Meow.

The pair of kittens were very small, and one of them was just half the size of the other. “Alexander was a normal baby who was a little underweight, but his brother Liam was a tiny preemie at only 40 grams. He was not fully developed.”

Patricia immediately placed them in an incubator as they couldn’t regulate their body temperature, and started feeding and tending to them every hour, around the clock. 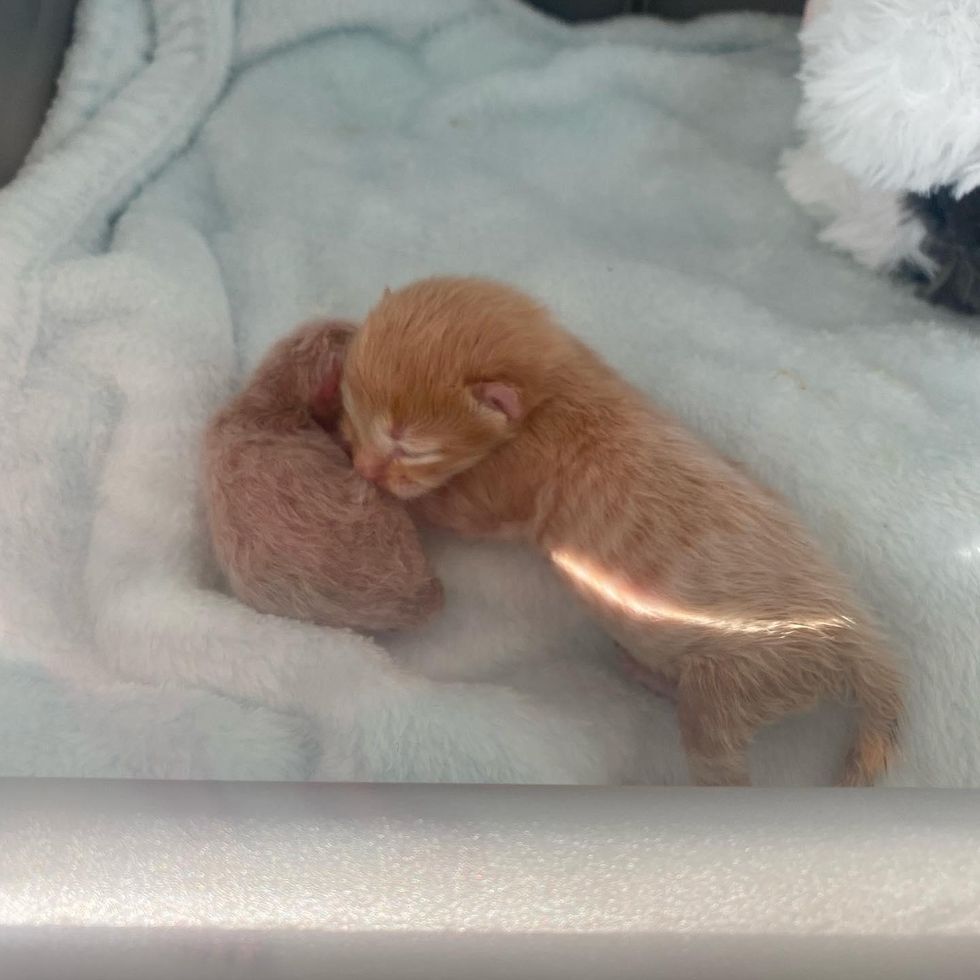 Liam was just half the size of AlexanderPatricia Lika

Alexander, the bigger kitten, showered his little brother with snuggles and kept him company the entire time.

Despite their very best efforts to save them, Liam crossed the rainbow bridge at eight days old. He was surrounded by his big brother and foster family. “We will always remember Liam’s strength and even though his life was short. He knew he was so loved, and he made a huge impact on many.” 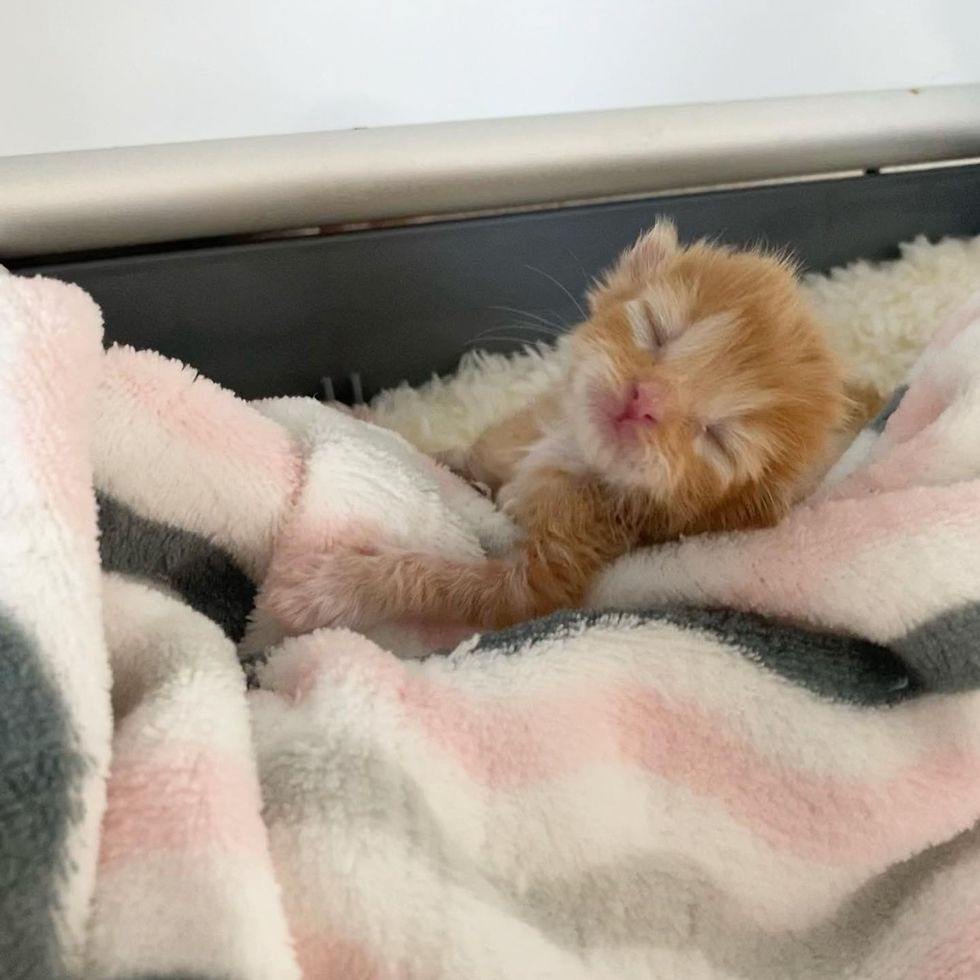 Alexander began to put on weight and gain strengthPatricia Lika

Alexander continued to make strides each day, as if he was doing it in honor of his late brother. Patricia gifted him many cuddle toys, so he wouldn’t feel alone.

With good food and plenty of love to go around, the tabby opened his eyes and began to thrive. 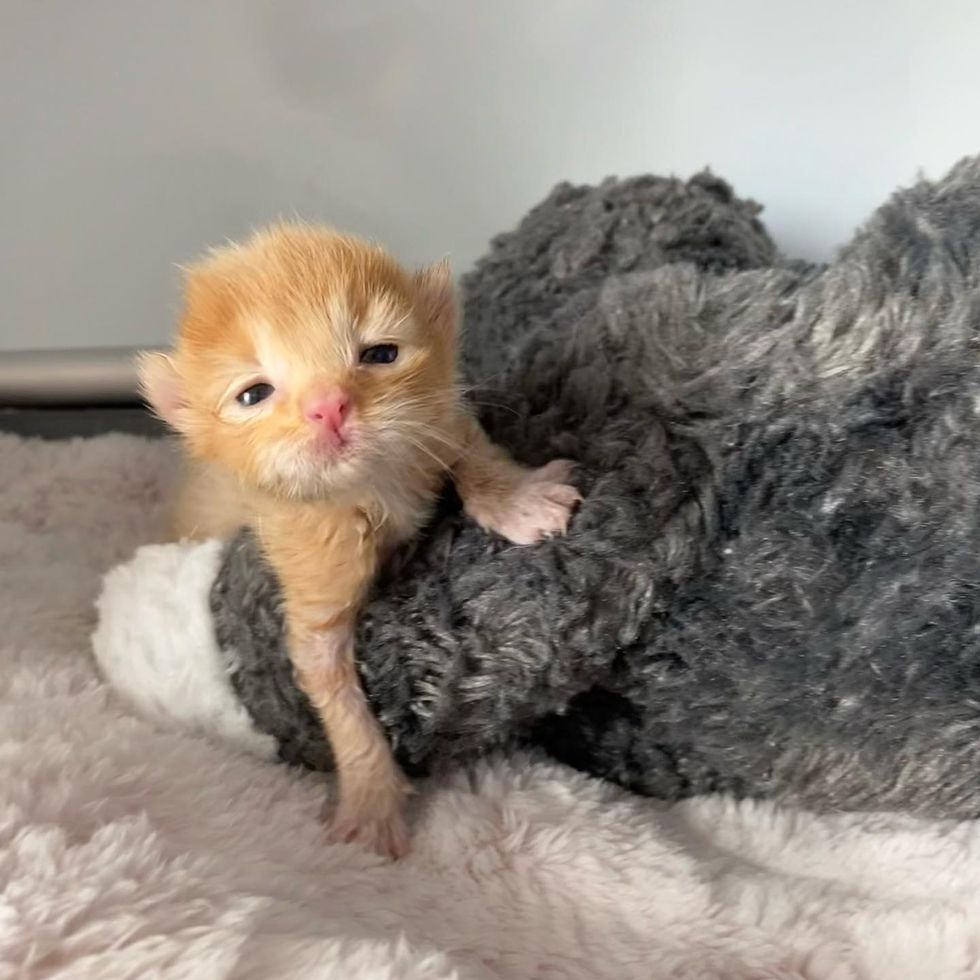 His eyes opened and he found his voicePatricia Lika

“He was gaining weight as he should and just started growing into a healthy chubby boy,” Patricia told Love Meow.

When Patricia comes in with a bottle, Alexander will patiently wait in the incubator, watching his foster mom intently as she prepares food. After getting a full belly, he enjoys being petted and cuddled in a comfy purrito. 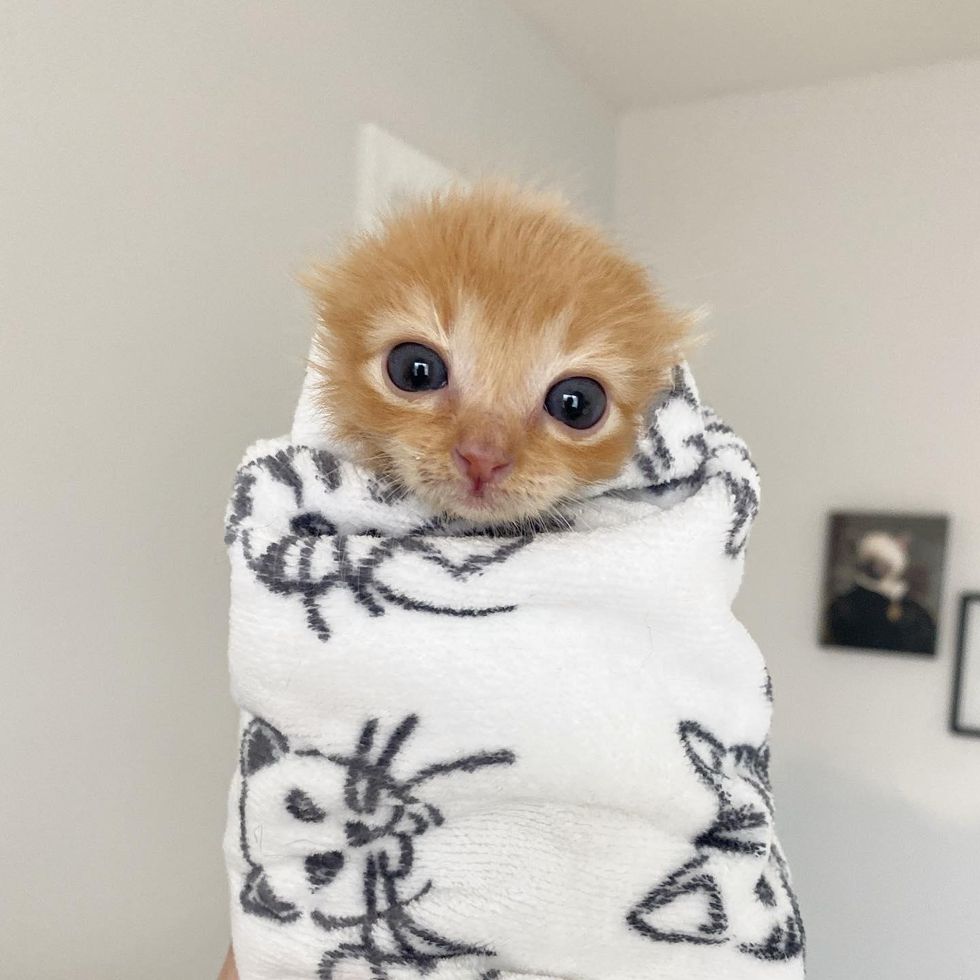 “He really has a deep bond with me because I’m all he knows from birth. I love when he looks at me like I’m his mama — it melts my heart to pieces. He loves to cuddle in my arms,” Patricia shared with Love Meow.

The orange tabby is becoming stronger and starting to learn to walk and climb. 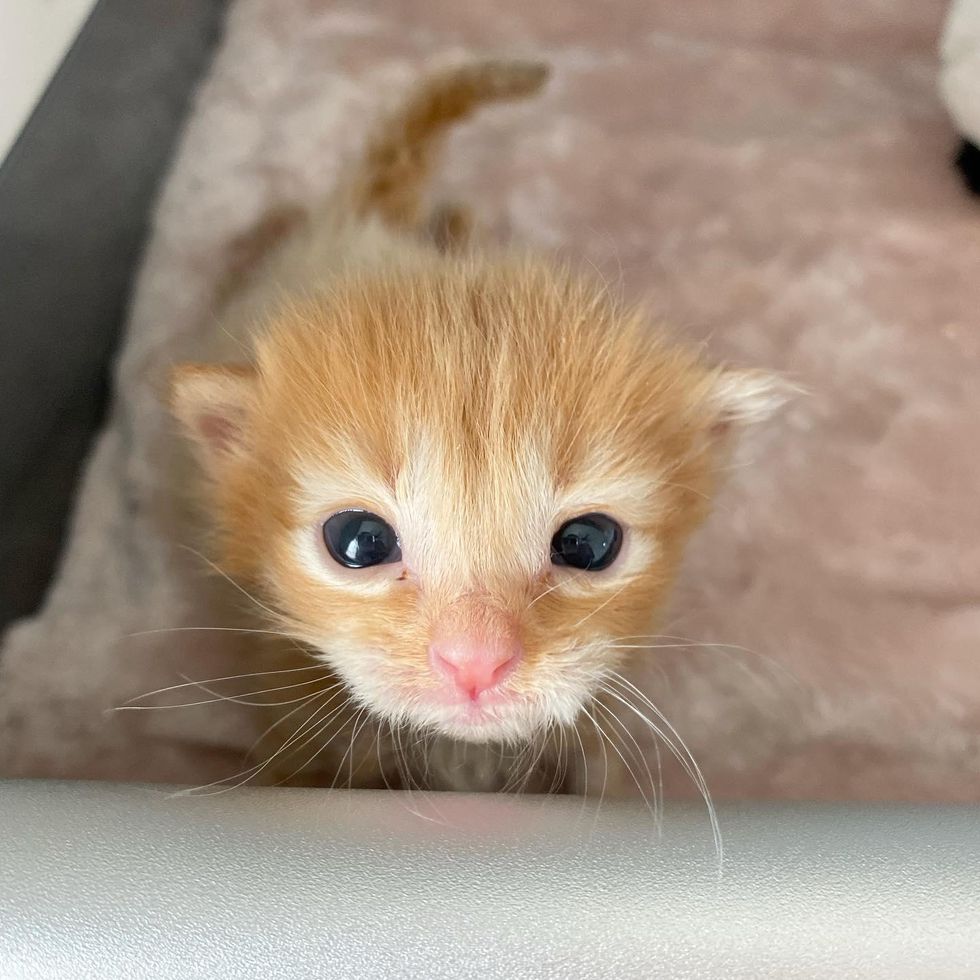 He’s still very tiny for his age, but whenever he hears the sound of other fosters, his ears perk up and he is eager to play.

“He is such a fluffy happy boy and only shows off his big boy meows when it’s feeding time,” Patricia added. 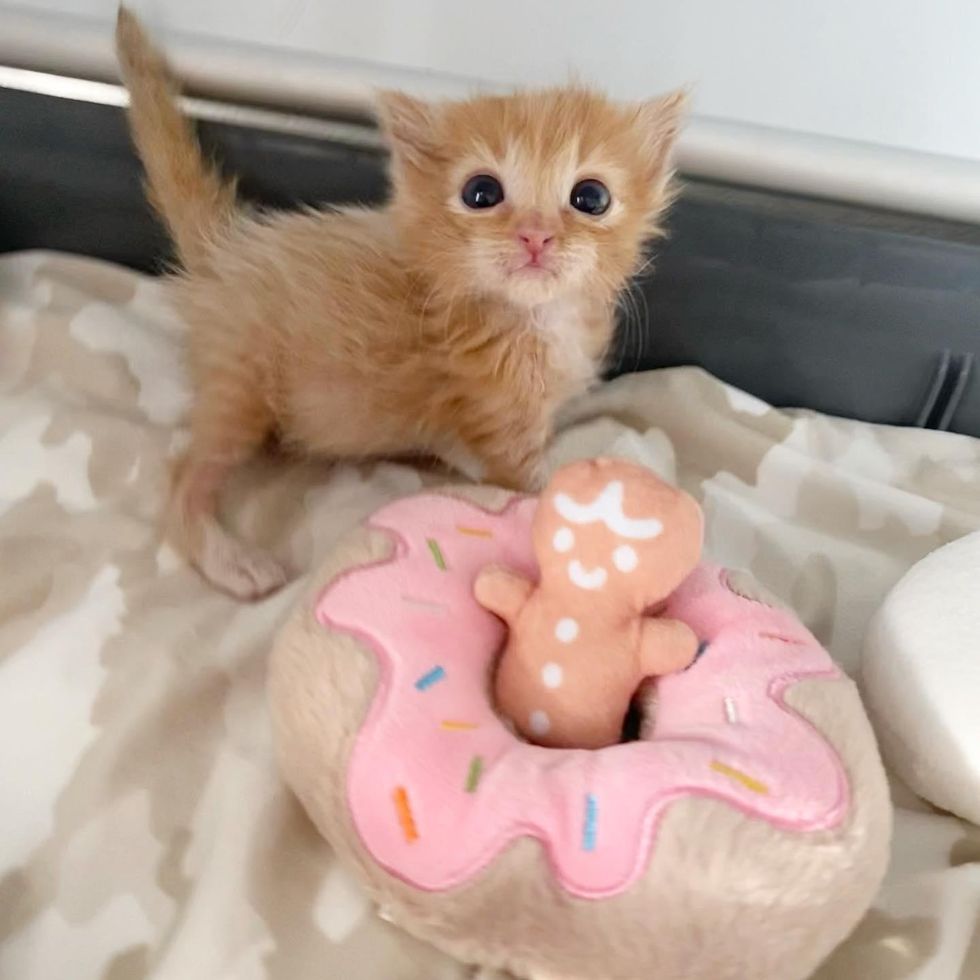 He is getting bigger and fluffierPatricia Lika

“He is curious and loves standing up in the incubator and watching the kittens in my room. He wants to join them but he’s still too small.”

Yesterday, Alexander turned one month old and reached yet another milestone. Soon, he will graduate from the incubator and move into a spacious playpen where he can hone his feline skills. 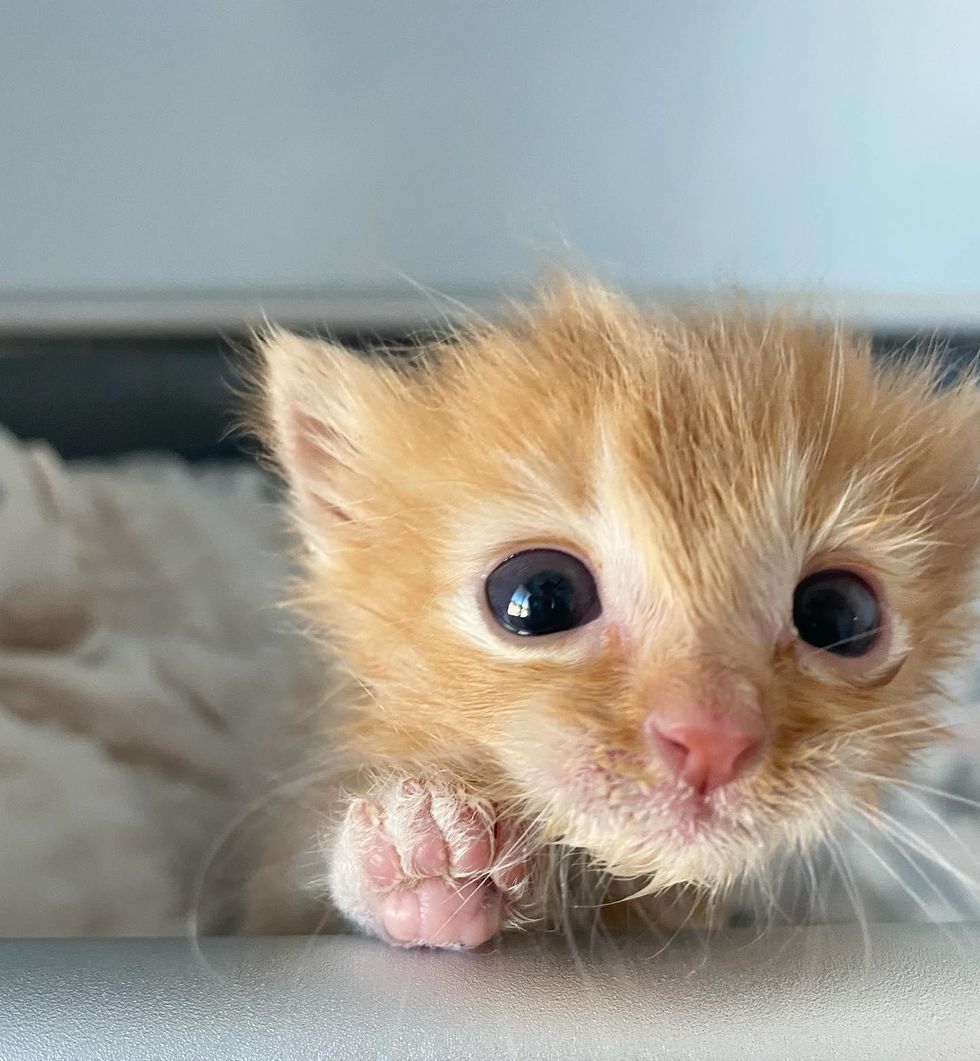 “Fostering these most vulnerable babies can be heartbreaking at times, but there are also times like these that bring you so much happiness,” Patricia told Love Meow.

“There will be so many more happy loving endings, and that’s what keeps me going. Alexander is proof of that.” 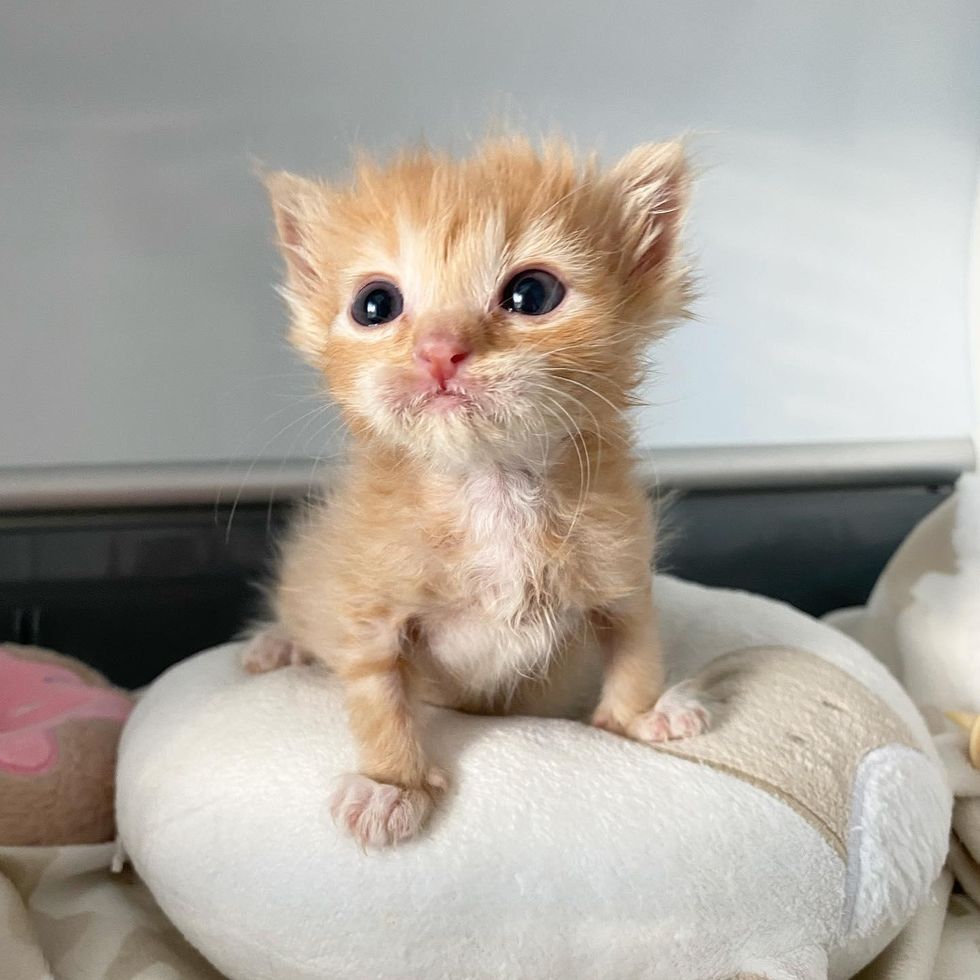 He is tiny but oh so mightyPatricia Lika

The tabby is blossoming into a fluffy cuddle-bug, and his personality is emerging. He can’t wait to hang out with other kittens in the house and put his legs to good use. 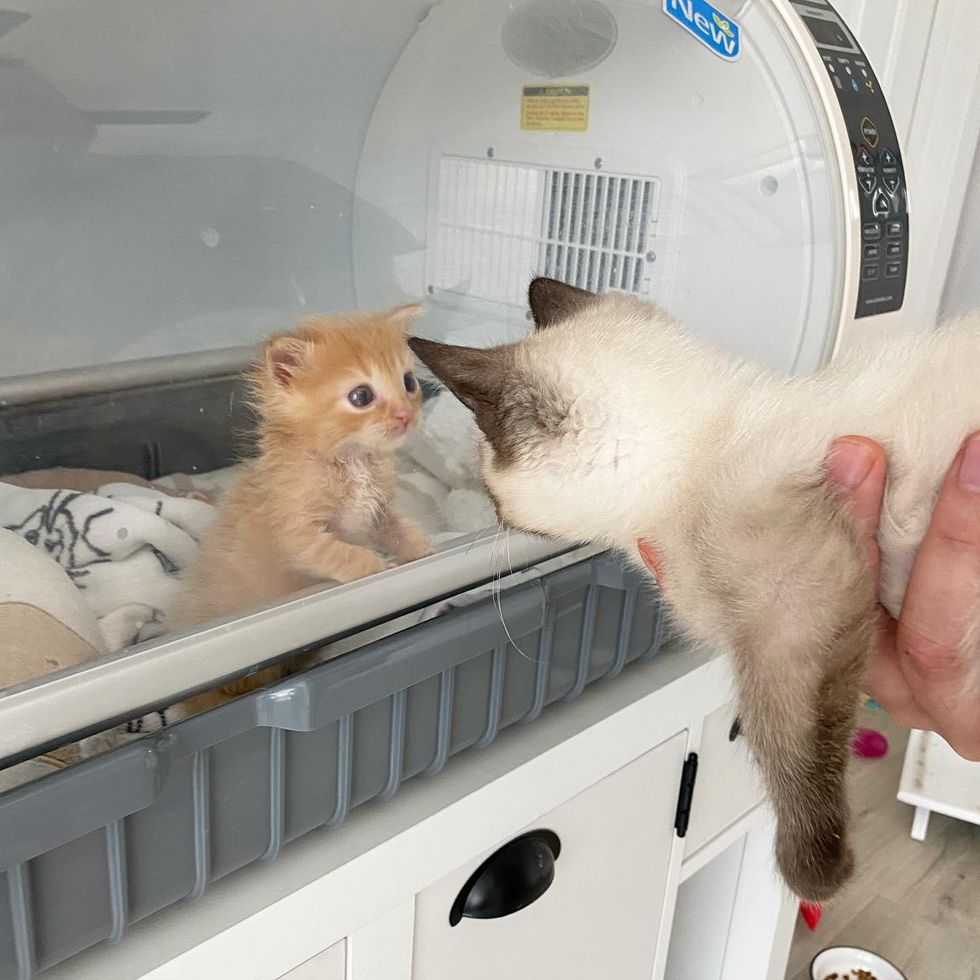 Related story: Palm-sized Kitten Gets Help In the Nick of Time and Begins to Grow and Thrive