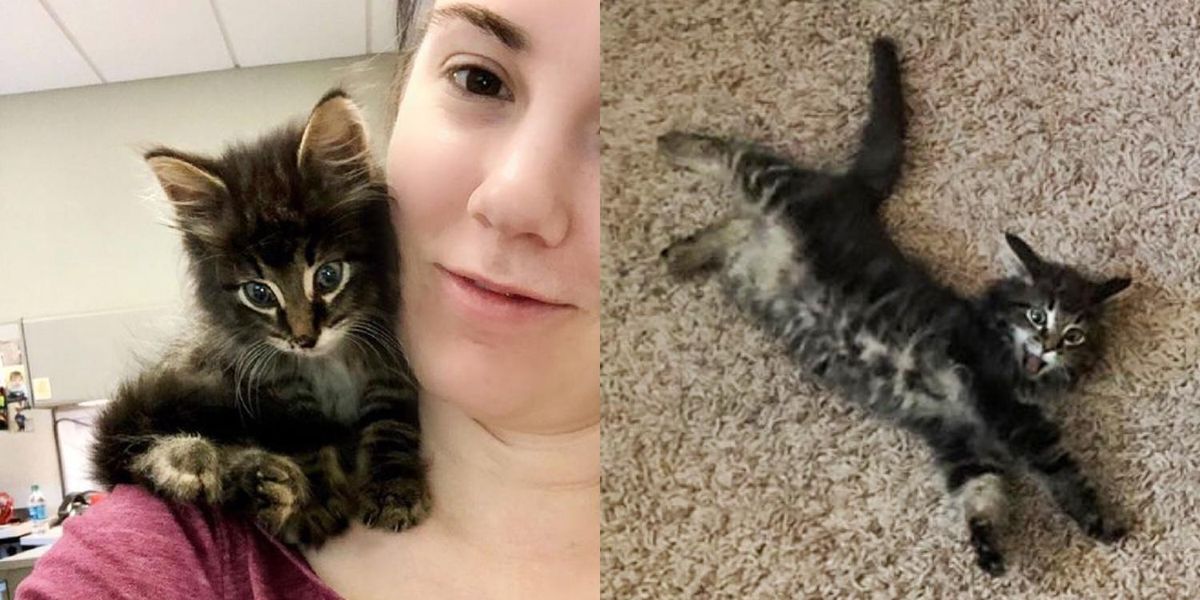 A kitten wandered out of a ditch and found his way into the heart of a woman. 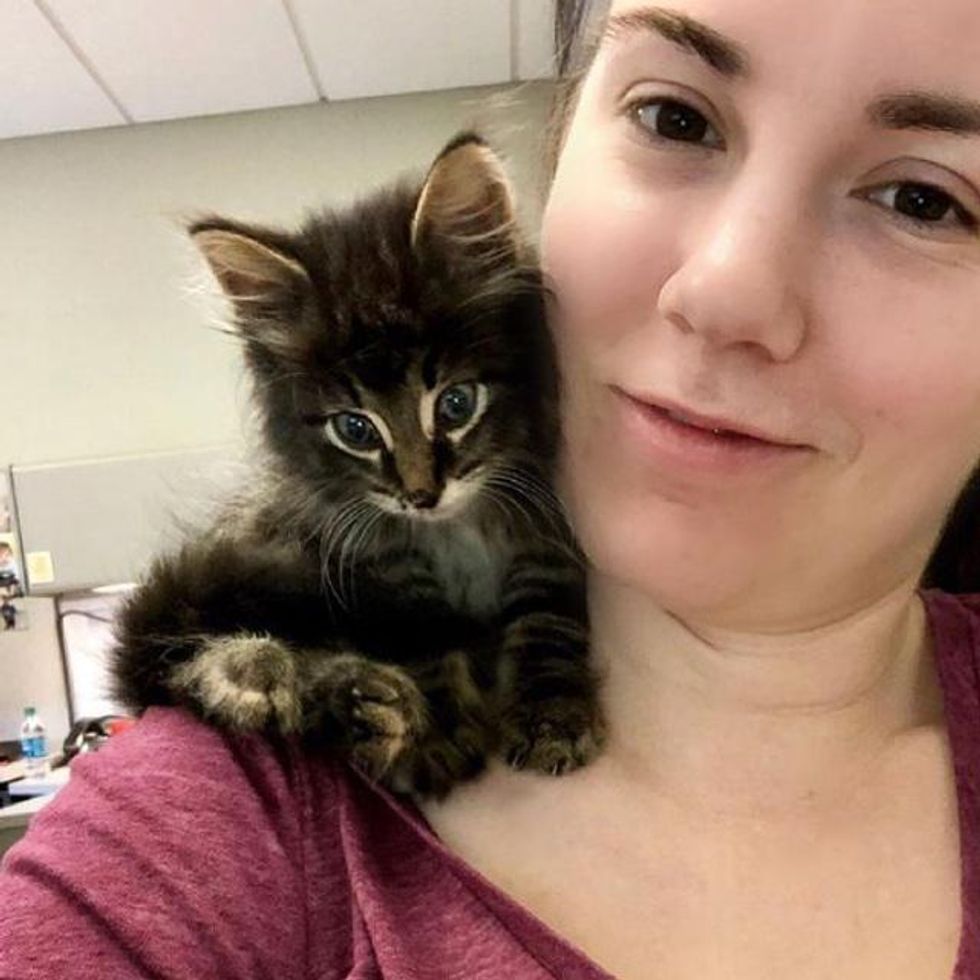 Paige from Pittsburgh, Pennsylvania, went to work one day, but little did she know that she would come home with a tiny ball of fur curled up in her arms.

“I work in an office that is extremely pet friendly; people often bring strays in to find a home rather than taking them to a shelter,” Paige told Love Meow. “My coworker says she went outside and got her mail without seeing anything, then five minutes later she heard a kitten screaming for attention.”

A stray tabby crawled out of a ditch by the lawn and was so happy to be found. The kitten didn’t have a home, and the coworker couldn’t leave him out to fend for himself, so she brought him along to work. 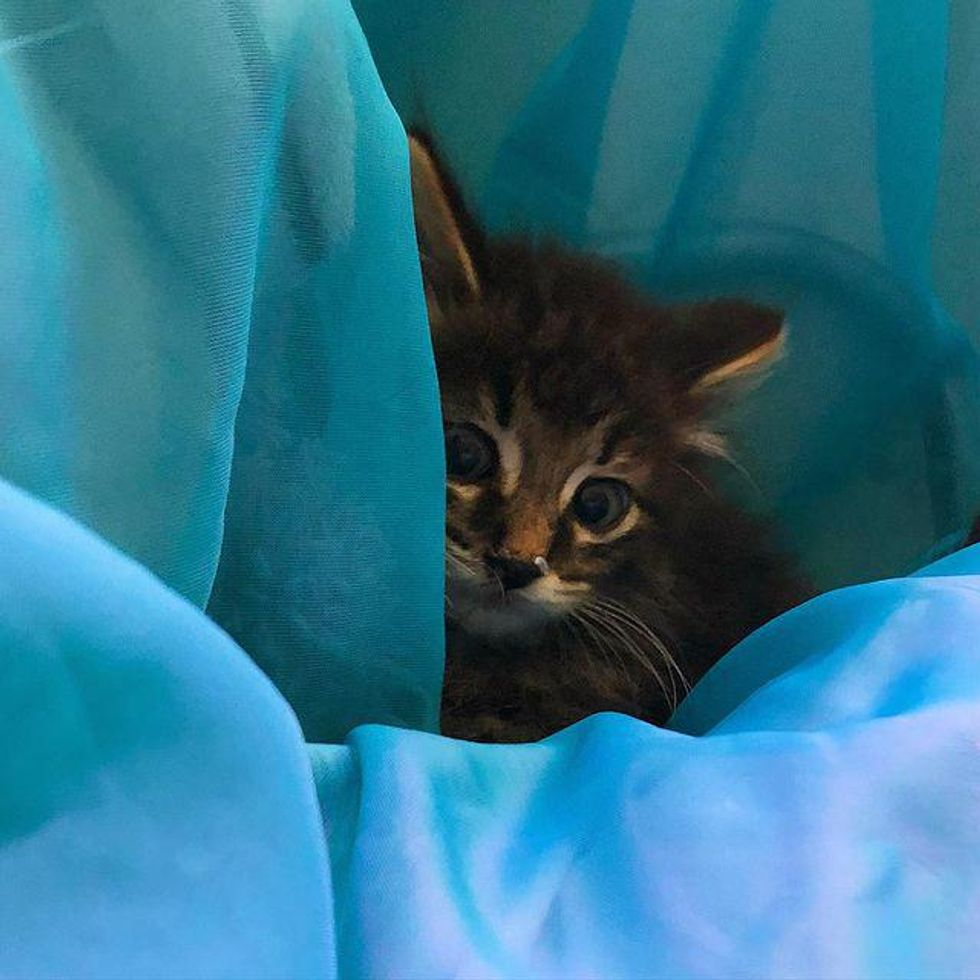 The tabby quickly swooned everyone at the office, and several people offered to help. “I had a vet appointment for my (resident) cat later that week, so I offered to ‘watch’ him until then to get him checked out,” Paige shared with Love Meow.

“He fell asleep on my chest while I was working and when they all saw how snuggly he was with me, they agreed he chose for us.” 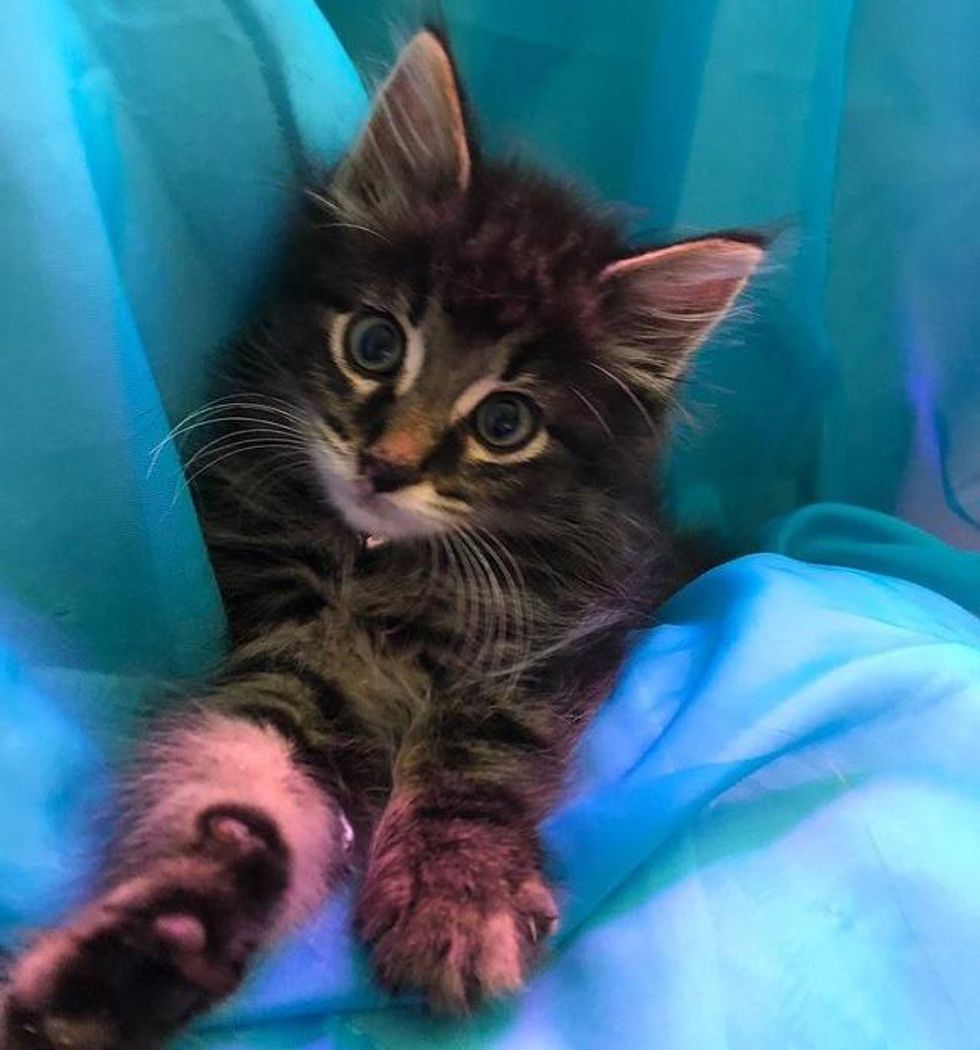 Paige named the kitten Hamlet and welcomed him into her home. The kitten settled right in, and after a week of weaning, he began to eat solid food like a big kitty.

“He’s always been really touch or pet motivated, and once he warms up to you he won’t leave you alone. In most ways, he’s basically a dog; he comes when I call his name, he greets me at the door, and he has zero problem with playing in the rain,” Paige told Love Meow. 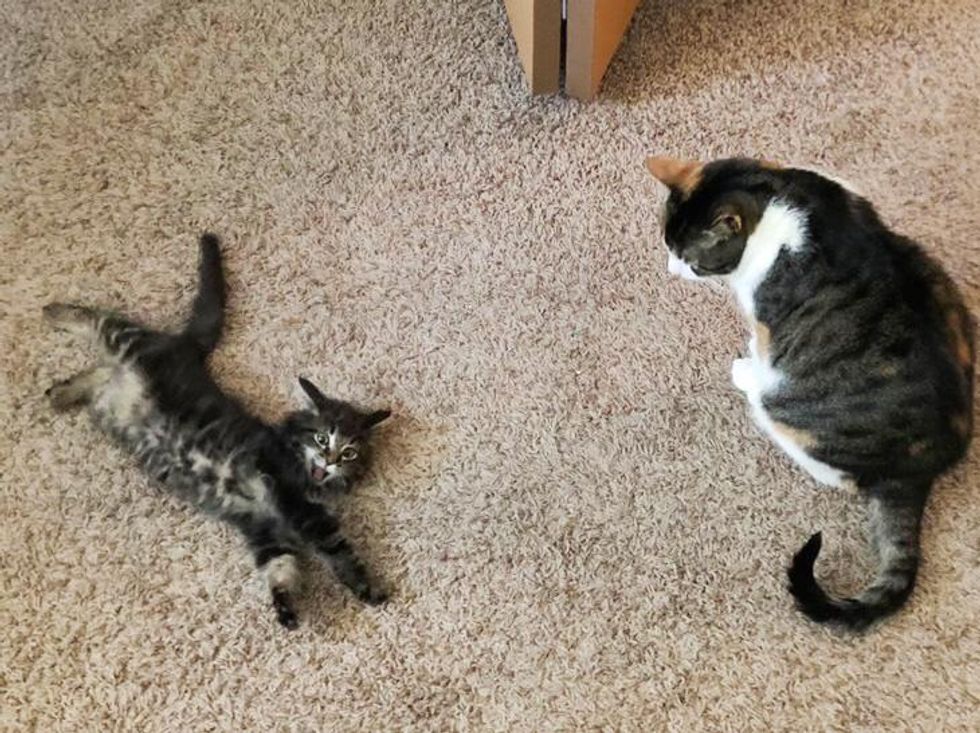 Lady Catherine, Paige’s other resident cat, was a bit unsure about the rambunctious newcomer at first, but Hamlet was determined to win her over. He would try to get her to play and tag along with her around the house like her pesky little brother.

Hamlet quickly assumed the role as the office assistant at home. He began supervising his mom whenever she was at the computer, and would provide some feline wisdom by jumping onto the desk or sitting on her lap. 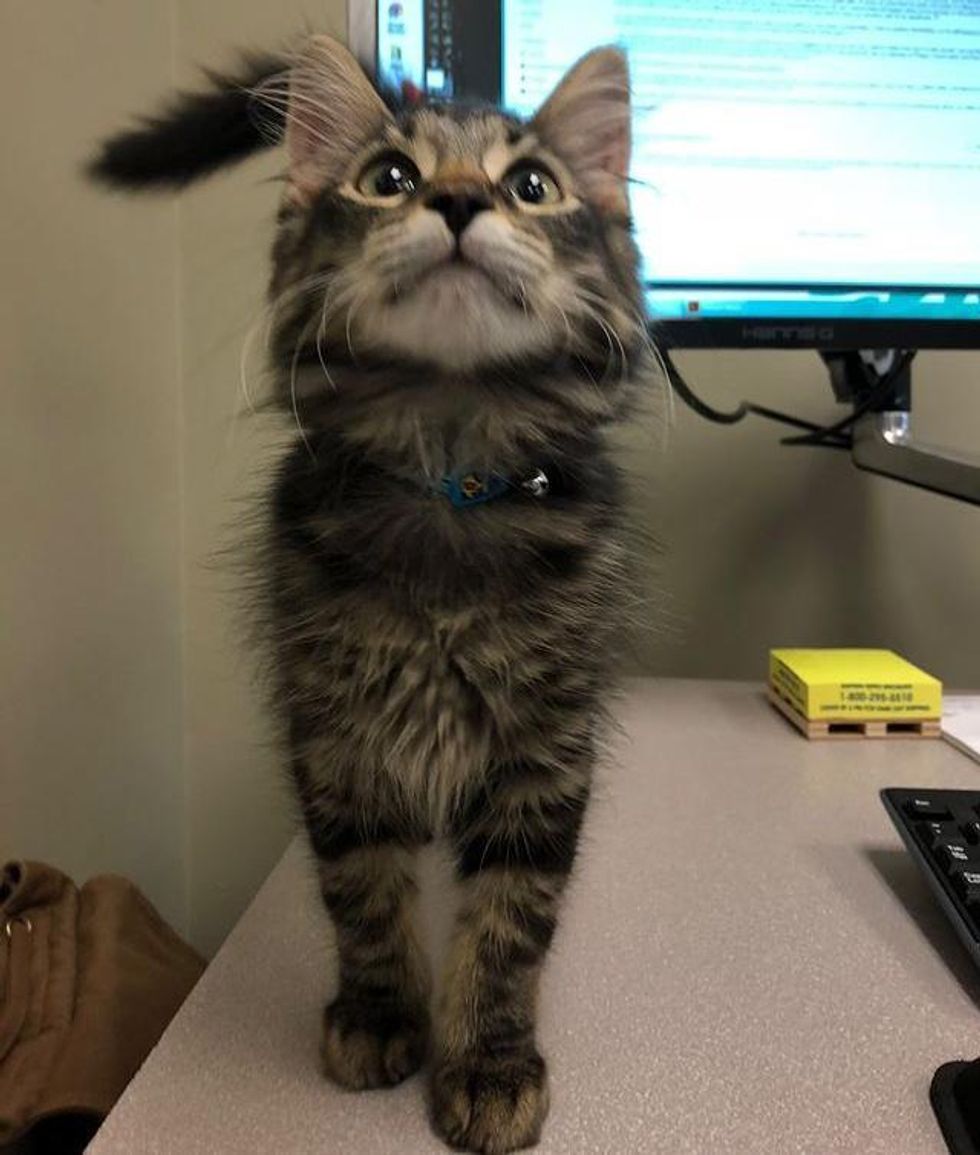 The tabby makes sure that his mom is safe and well whenever she uses the shower. “He stands and watches me in the shower every day. He stands on the ledge between the two curtains and watches through the clear one,” Paige said.

As Hamlet grew, his fluff multiplied and his personality came shining through. 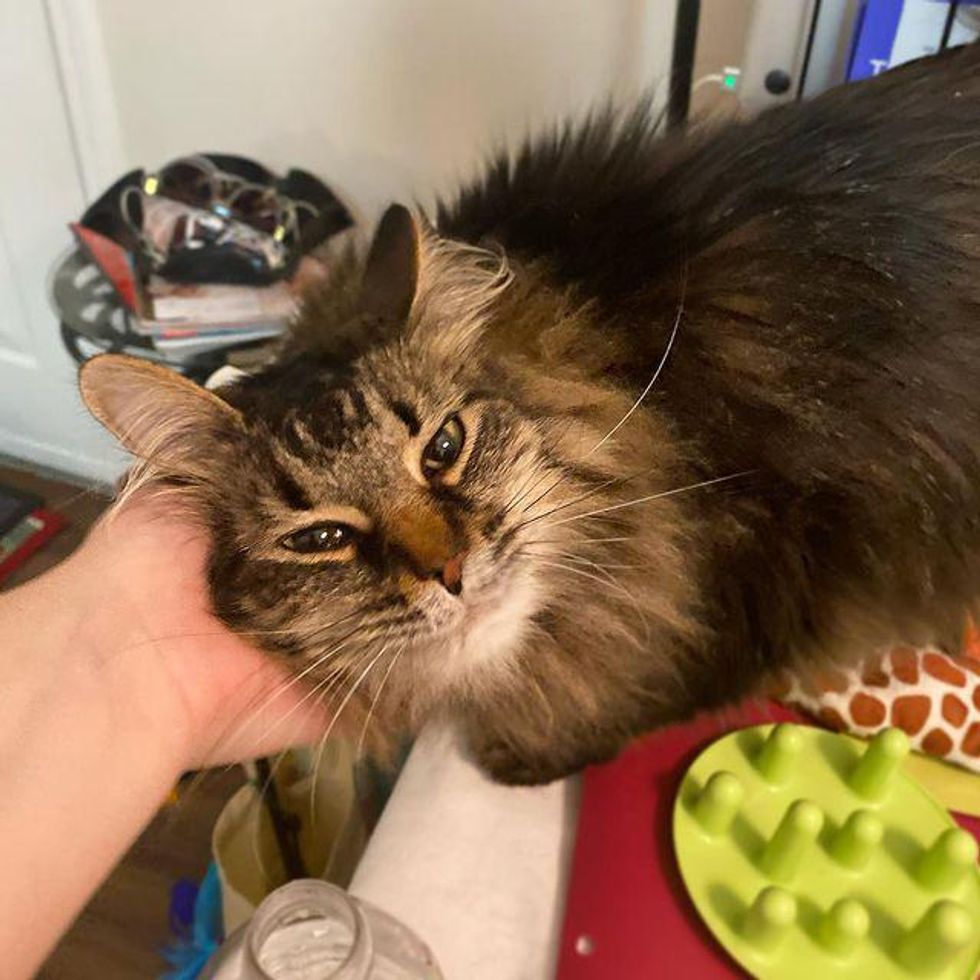 The tabby cat has returned to the workplace to visit a few times since that fateful day, and whenever he is there, he greets people around him and offers his assistance.

The former stray has blossomed into a fluffy, chonky, handsome fella. 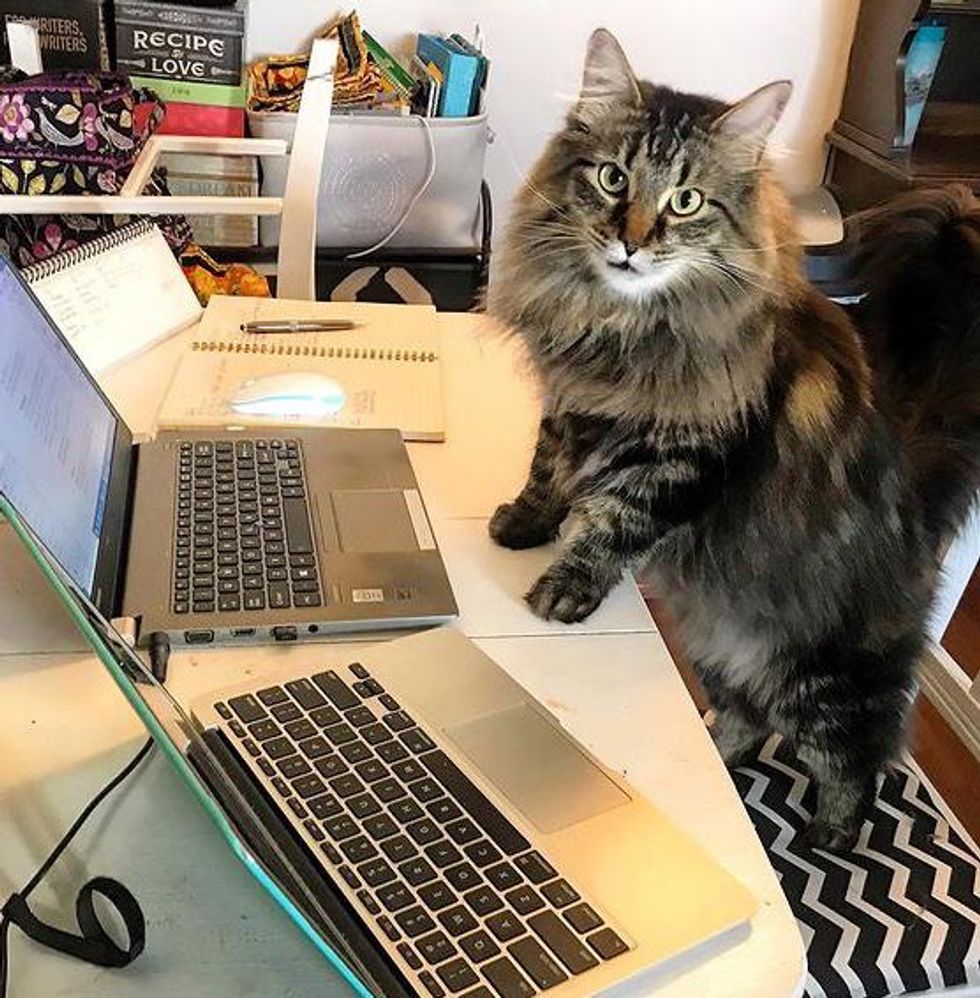 He continues to supervise his human when she worksPaige @meowhamlet

He enjoys going on walks with his human mom and shares every adventure with her. “He will beg at the door if I don’t take him on walks,” Paige added. 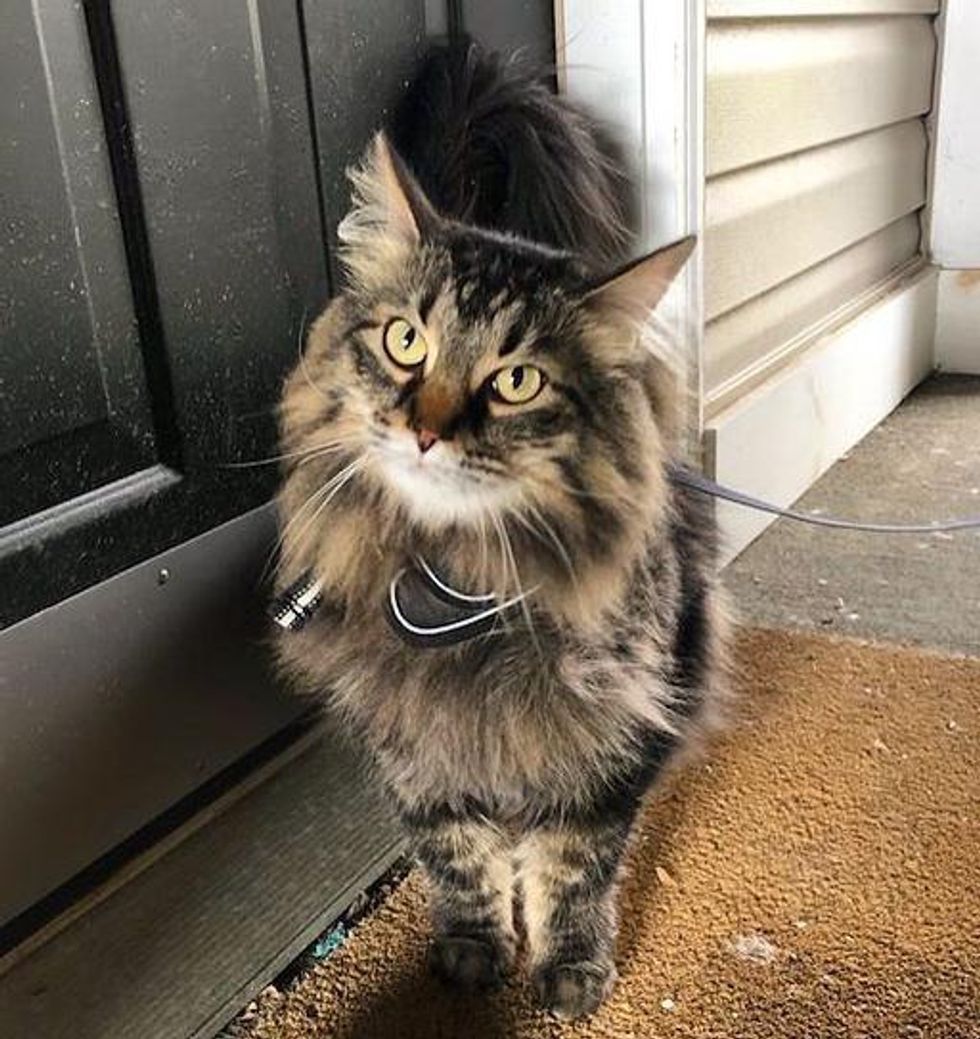 It’s been three years since Hamlet found Paige at the office. He continues to follow her around the house and be her most loyal companion. 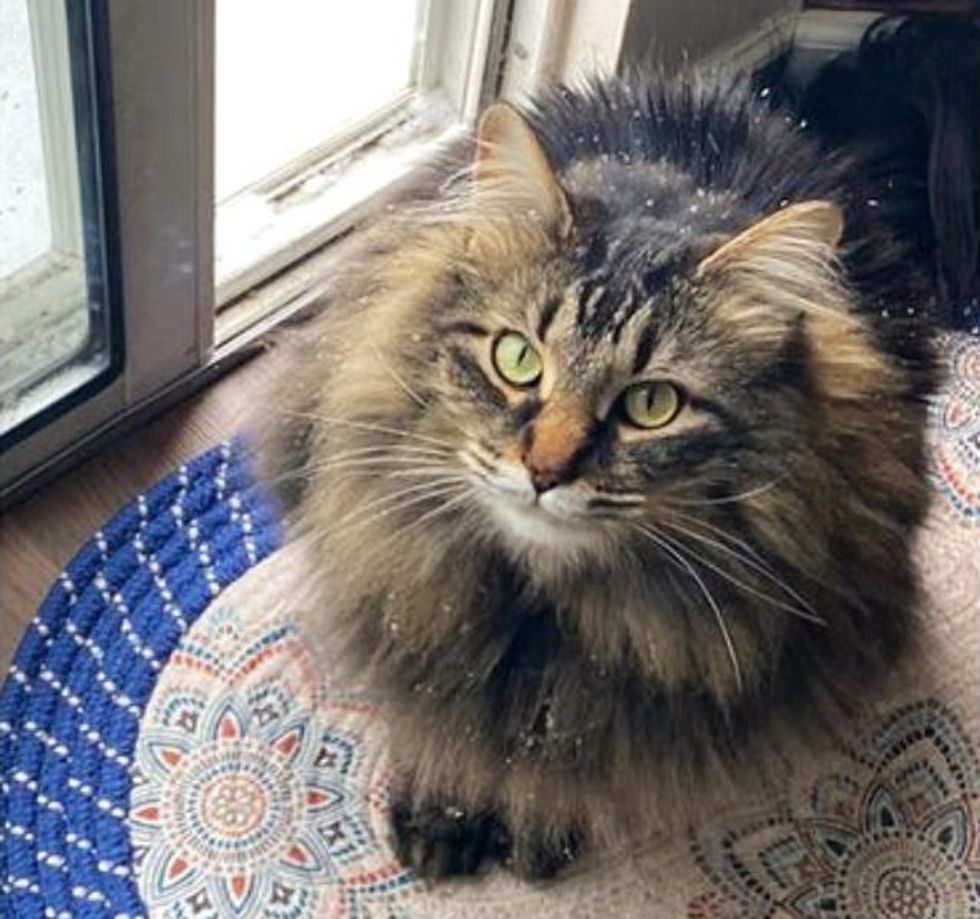