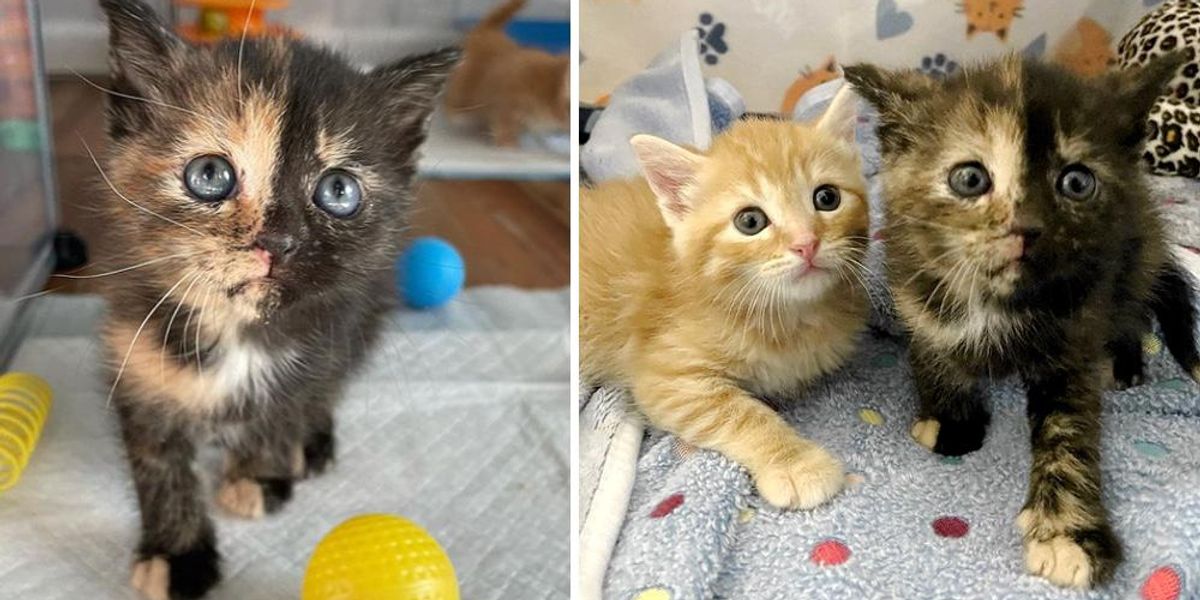 Two kittens were brought to a foster home for a chance at a better life. The little tortie quickly discovered her inner sass. 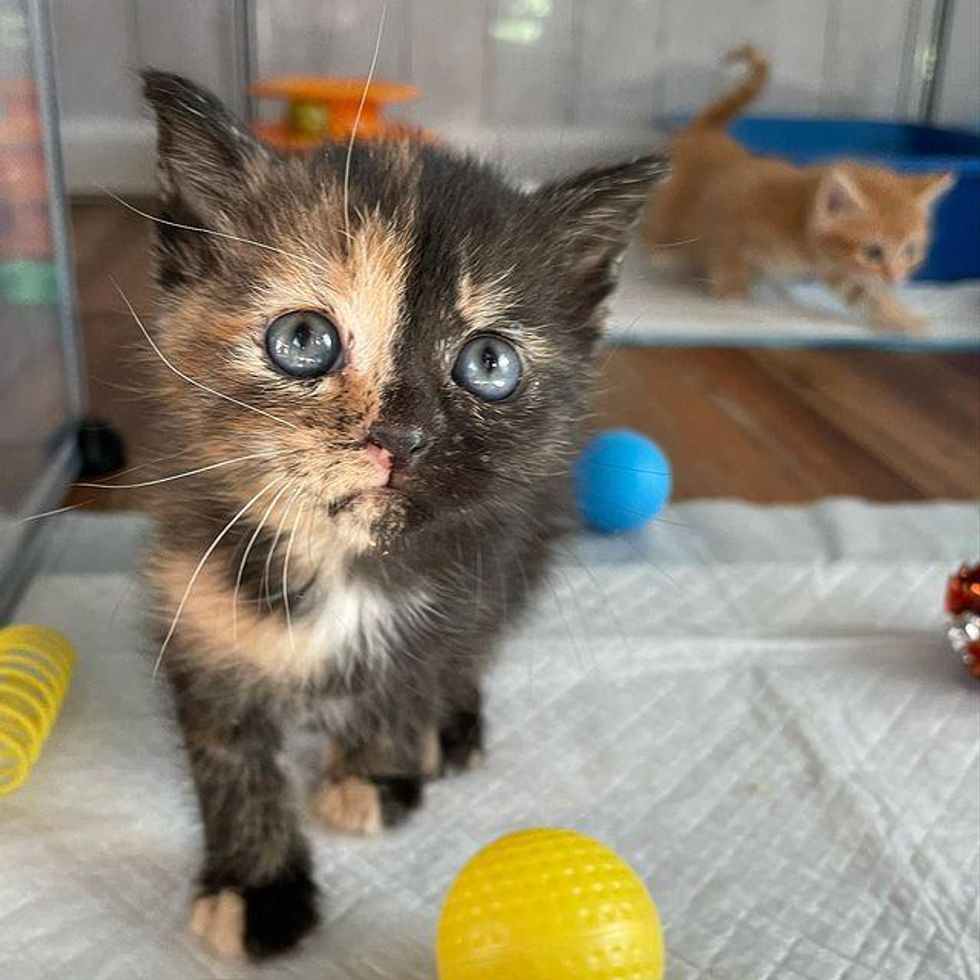 Flower and Bloom, a ginger and a tortoiseshell, came to IndyHumane (an animal rescue in Indianapolis, Indiana) along with their cat mom and litter mates. When the mother was too stressed to care for her babies and ready to find a good home, the kittens went into foster care.

Around that time, Jennifer, a foster volunteer of IndyHumane, was caring for a little singleton named Blossom, who recently lost her brother. She hoped to find a feline buddy her size, so the kitten could have a friend to play with.

“Since Flower and Bloom are about the same age, they fit the bill,” Jennifer told Love Meow. 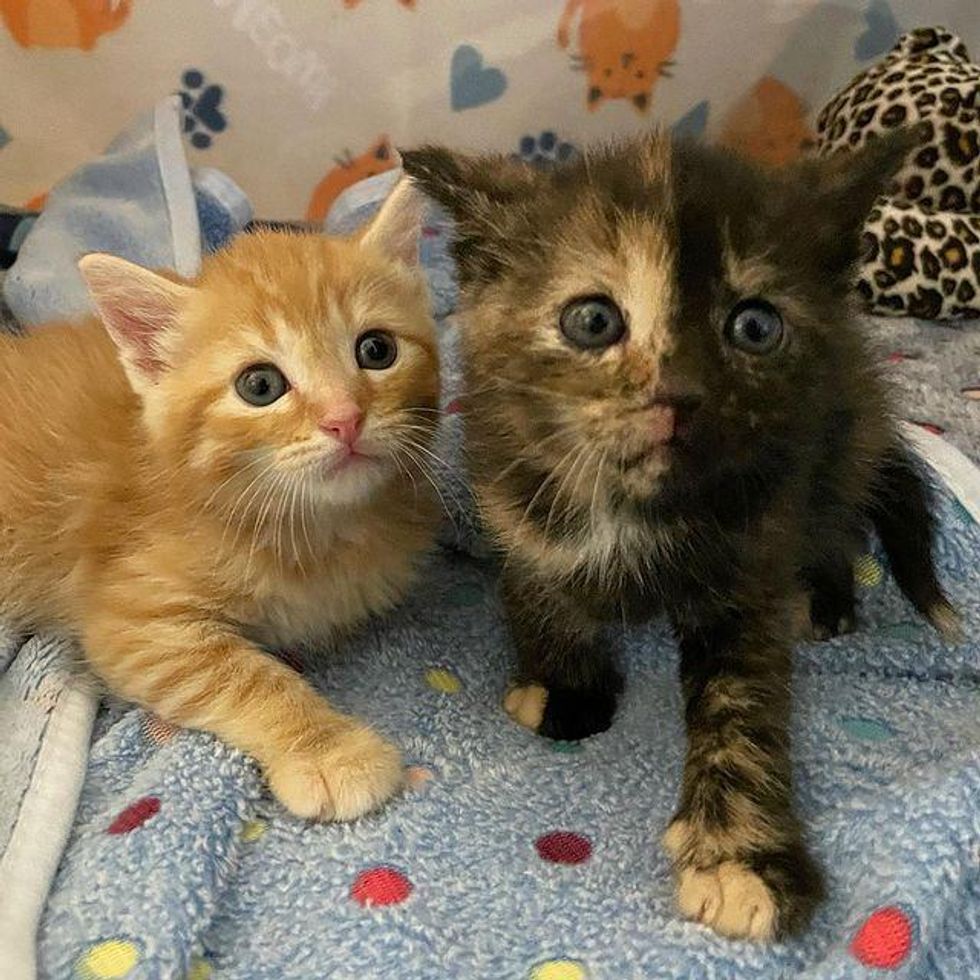 “They have their own apartment (pen) next to Blossom’s in the foster room. If all are healthy after quarantine, Blossom and her new neighbors will get to be roommates.”

The feline sisters were a bit shy when they first arrived. They stayed huddled up together in their new bed, but that soon changed. 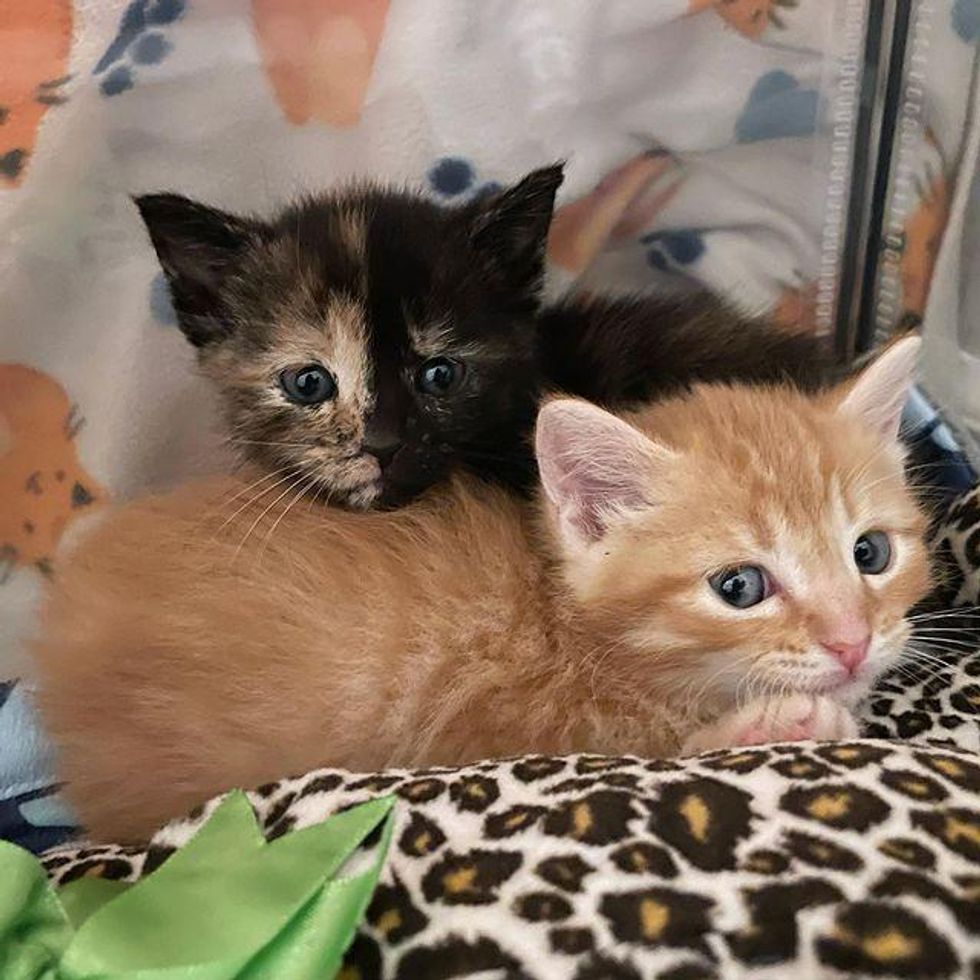 They began meowing and pawing at the panels, making a ruckus in their pen. As soon as Jennifer came to their aid, the kittens put on their tough faces. “I’m guessing they probably didn’t have much human interaction before being rescued, but they are warming up quickly.”

Bloom, the tortie girl, was the more feisty of the two. She had plenty of hisses in her tiny body and so much ferocity in her eyes, but it was all bark and no bite. 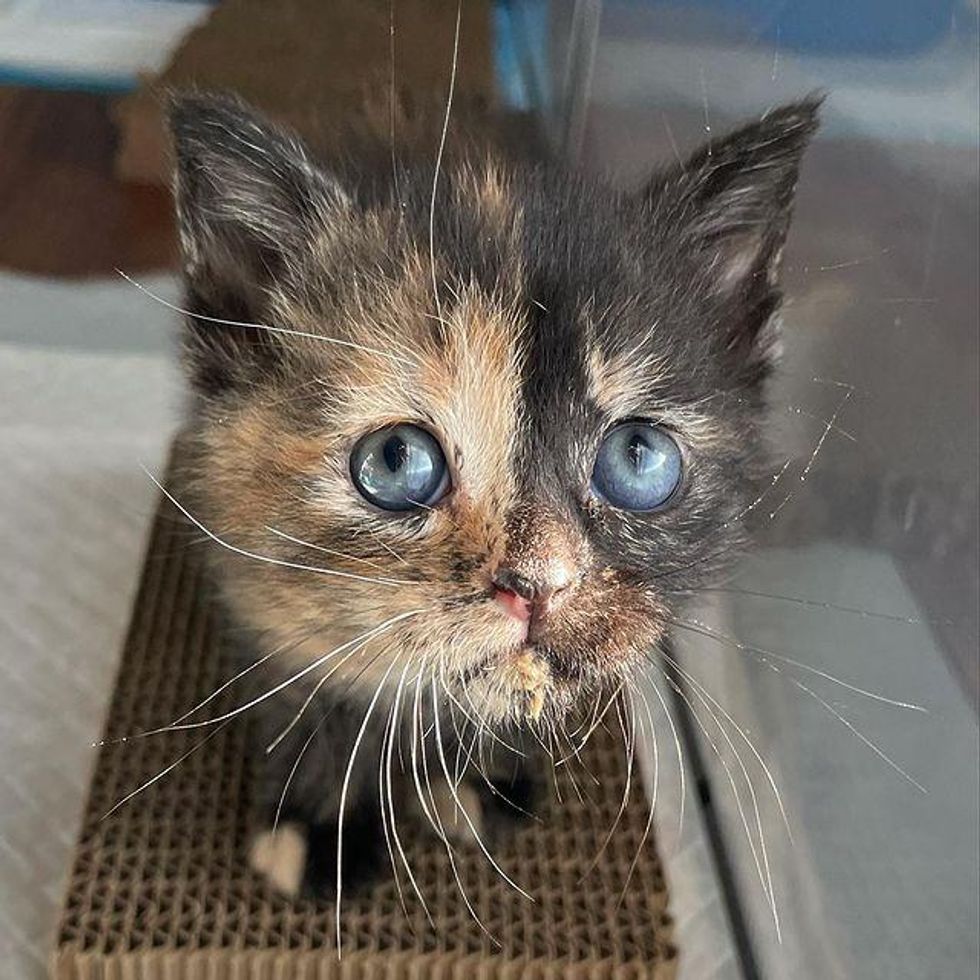 “She hisses at me one second, then wants to climb all over me the next,” Jennifer added.

“Flower is definitely shyer than Bloom, but once I’m in their pen for a few minutes, they come out and start running around, playing with toys, and climbing all over me.” 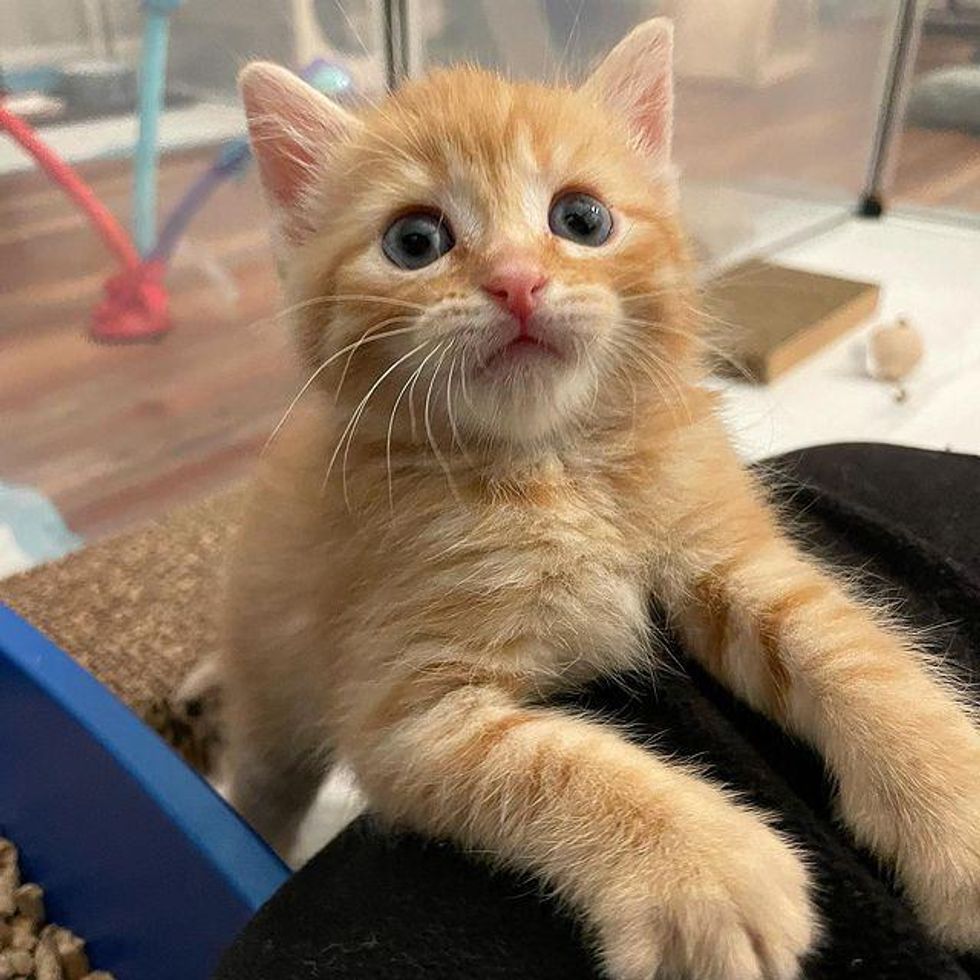 Once they realized that their human meant good, they proceeded to scream to command attention. The little tortie quickly discovered her tortitude, and wasn’t afraid of exercising it.

Not only does she have perfectly split coloration on her face but also she has matching two tones on her paws. 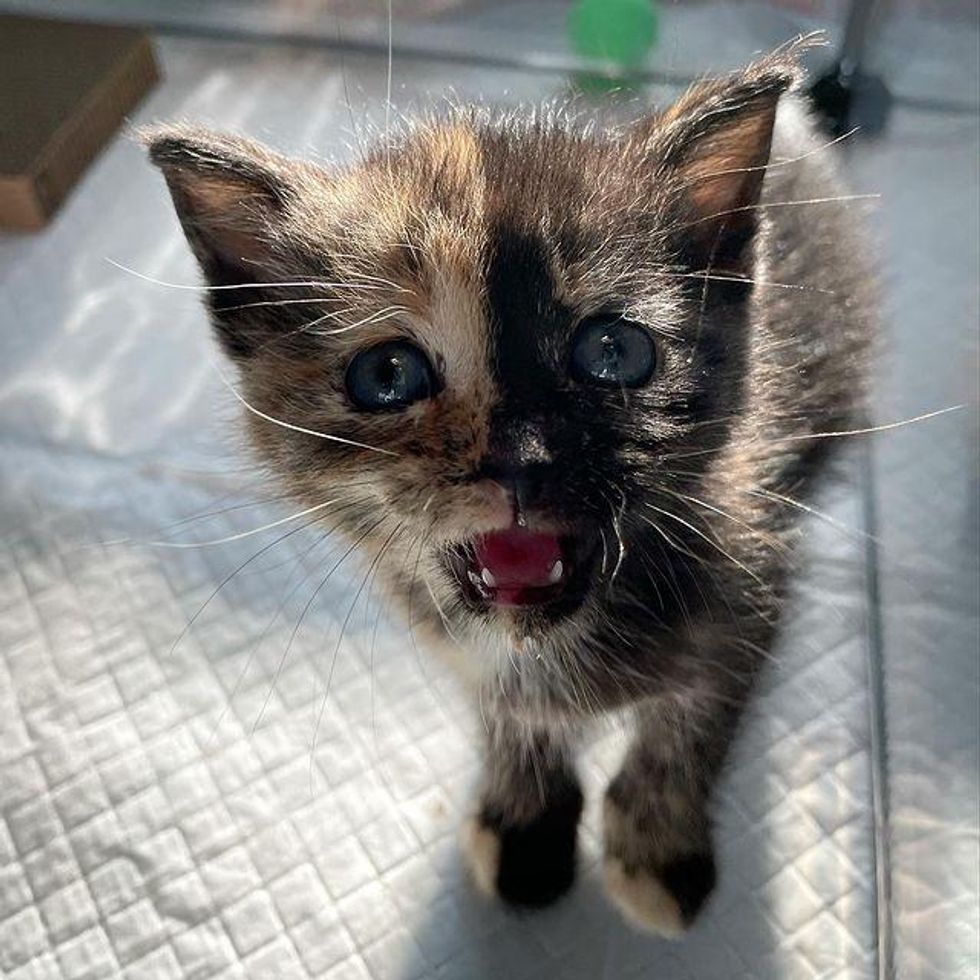 Bloom was born with interesting markings that resemble those of a chimera cat. A feline chimera has two sets of DNA as a result of two embryos fusing together in the mother’s womb. A DNA test can determine if a cat is a true chimera.

The sweet kitty embodies the attitude of tortoiseshells who tend to be strong-willed, sassy, and can be very possessive of their people. 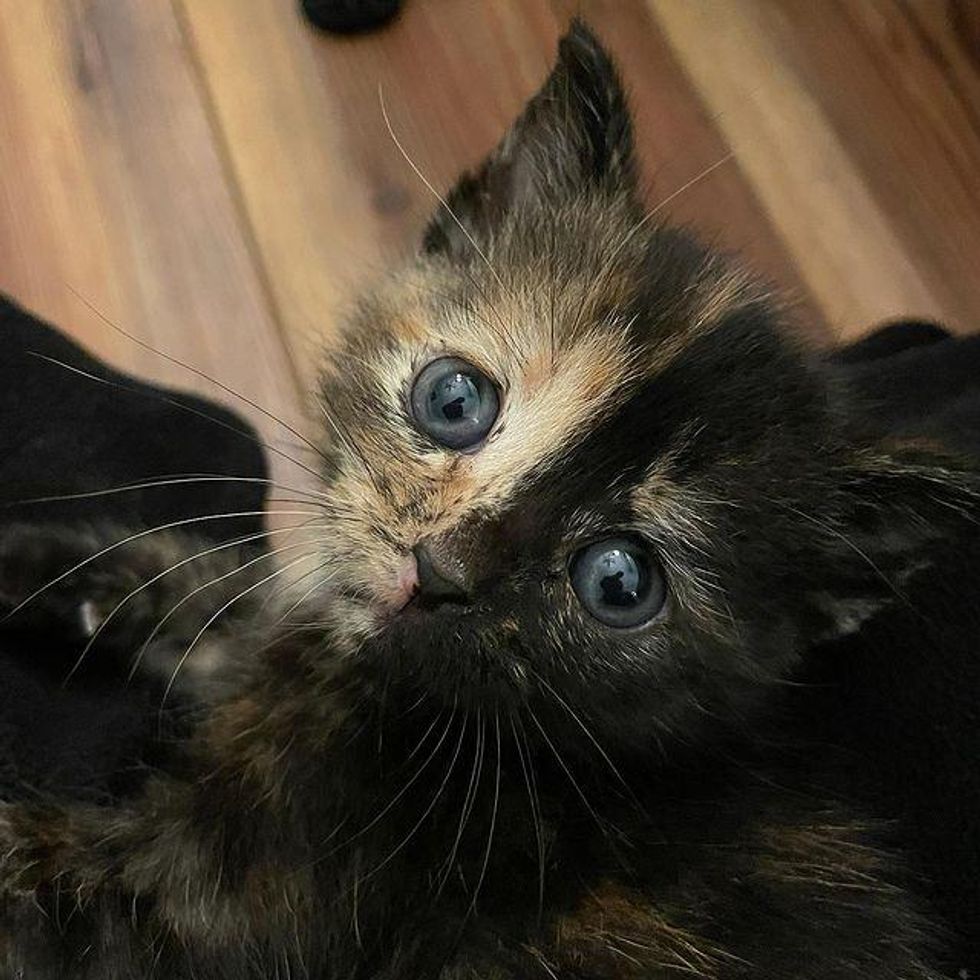 She has a beautiful two-toned face with a perfect line centered between the two halves, that extends all the way to her neck.

Bloom is already showing her character as a feisty yet very cuddly girl. Her energy is rubbing off on her sister, helping her come out of her shell. 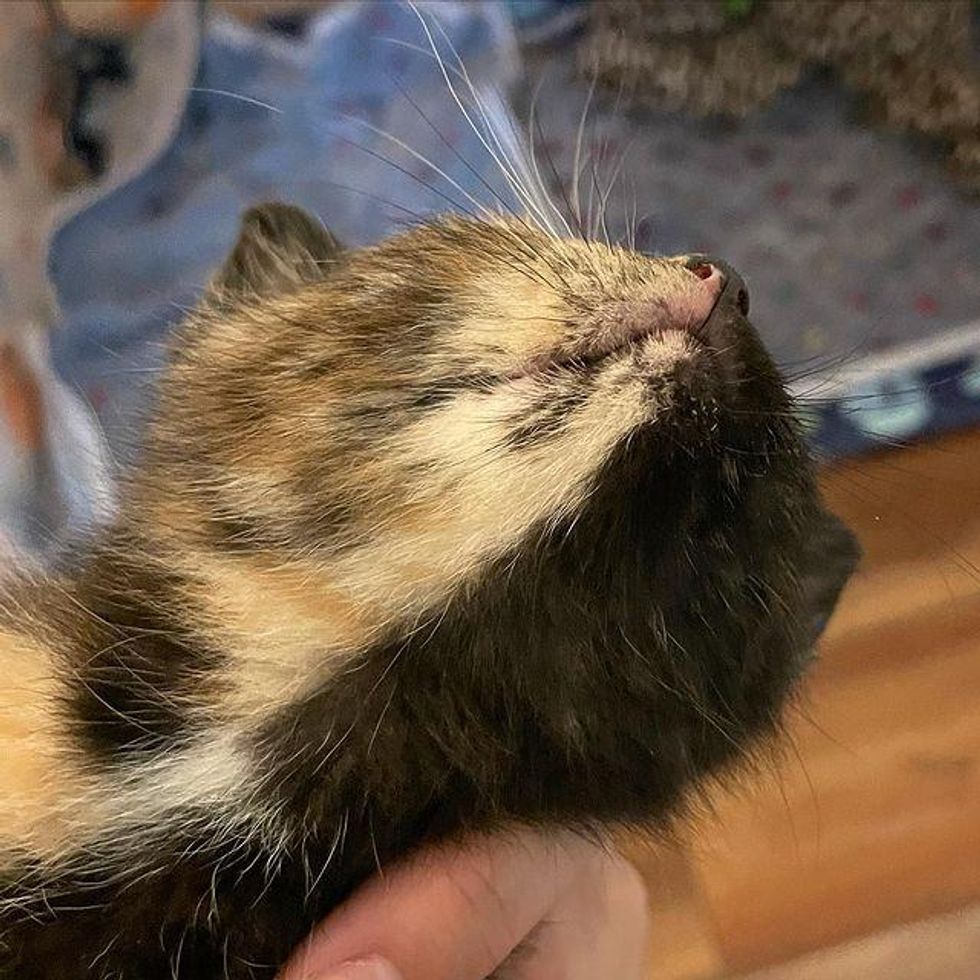 The kittens are getting very vocal and have a lot to discuss every time Jennifer is present. Once Bloom found her confidence, her personality started emerging, no holds barred.

After she is done wrestling with her sister, she comes running to her foster mom for attention and cuddles. She won’t take no for an answer. 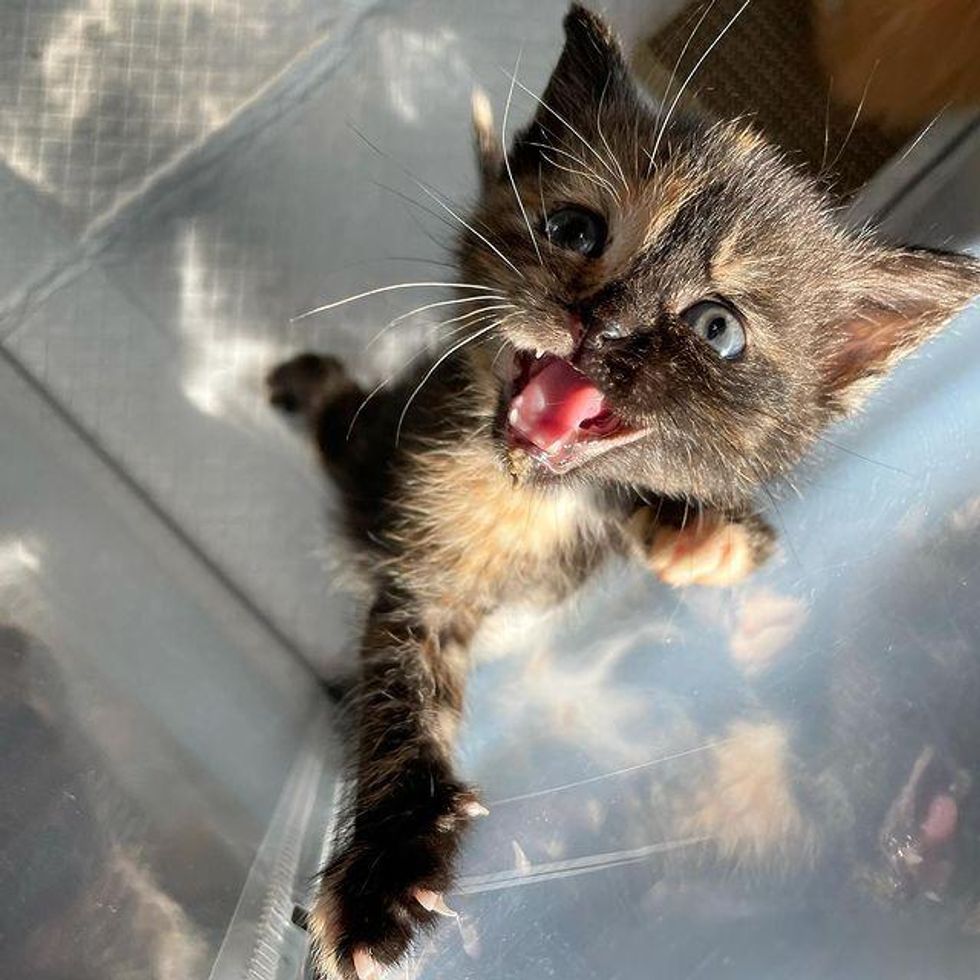 The duo will soon become a trio in a week or so. Bloom may be tiny but oh so mighty! 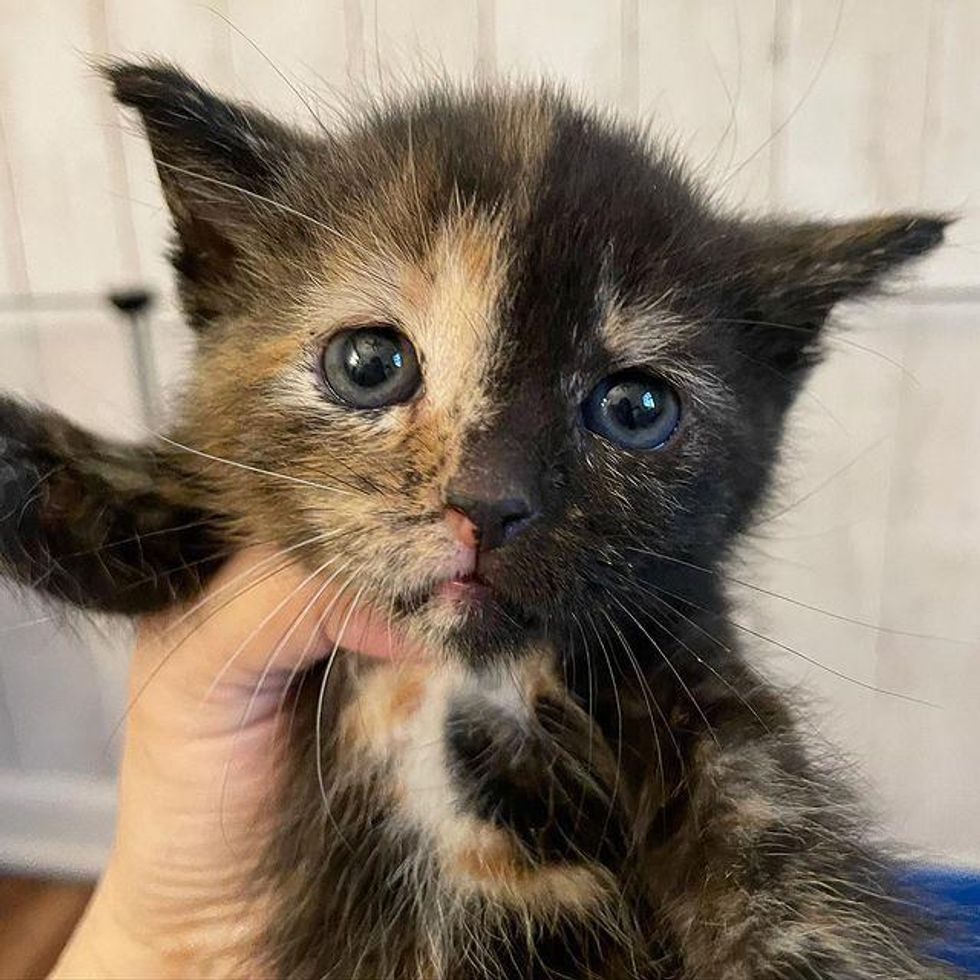 Related story: Kitten with Unusual Coat is Taken in By Cat Family After Being Found on Sidewalk