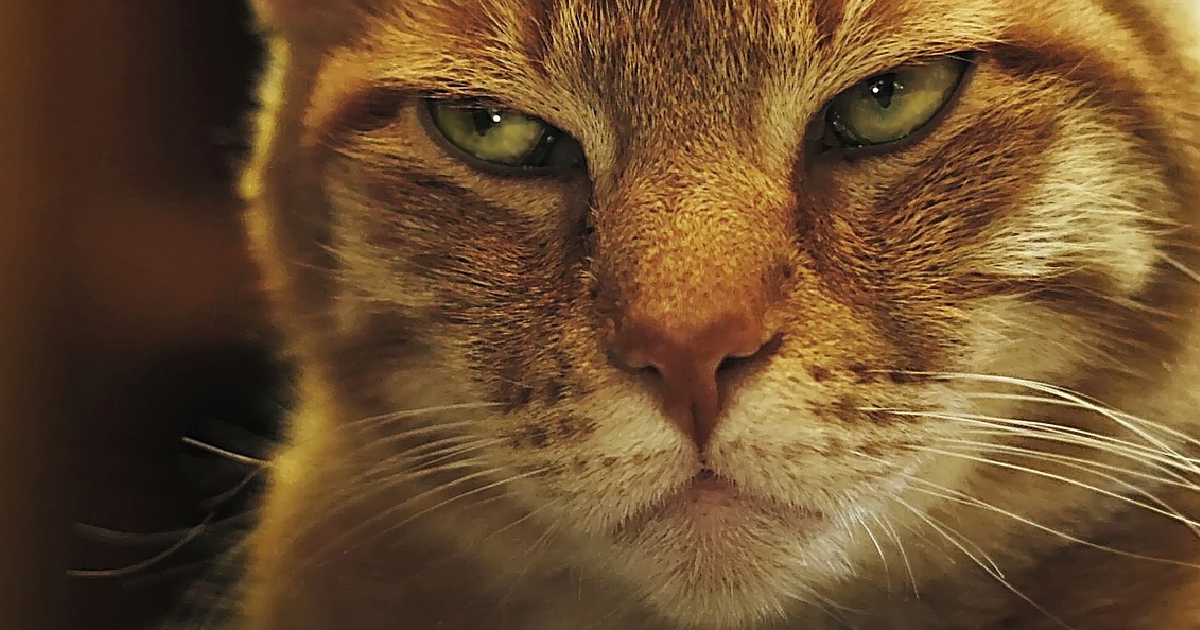 Hey, cat lover, do you know this scenario?

You and the feline BFF are merrily playing or just chilling on the couch, and suddenly, you’ve got a blur of claws and teeth on your now bleeding and shredded hands. Then, away the attack-beast runs, leaving you to drip your own life force and wonder what just happened. If you’re a cat parent, then chances are you’ve been here—more than once.

But why, out of the blue, do cats decide peace is no longer an option?

It turns out there are lots of reasons cats suddenly flip into extreme predator mode, including good, old-fashioned cat fun. Let’s examine some of the reasons why cats suddenly attack and see if we can save our skin and our feelings from kitty-dearest. 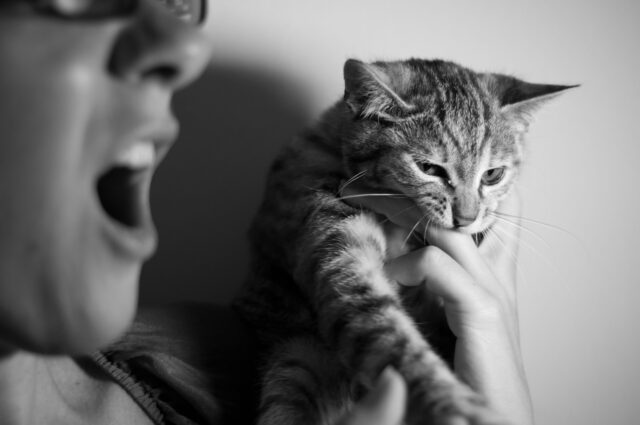 11 Reasons Why Cats Suddenly Attack Us

Cats may be our little snuggle monsters, but they’ve got a long and ancient lineage of wild hunters in their genes. We sometimes forget this, but when the kitty has a mouthful of our hand or foot, we remember in a hurry. While they may be safe and secure with you, those predatory roots sometimes entangle felines, leading them to flex those paws in a sudden attack.

Attack Aversion Strategy: While you can’t fight feline nature, you can trim their nails to save skin. If you’ve never given your cat a pawdicure before, here’s What To Know About Clipping Your Cat’s Nails.

Cats love to play, but their idea of a good time isn’t usually gentle. They like to use their teeth and claws, but our skin isn’t designed to handle their murder-mitten antics. Cats sure don’t seem to be bothered by this fact when they deploy a sudden play attack, though!

Attack Aversion Strategy: To give your cats more options for a good time, check out these 10 Household Items That Make Great Cat Toys! 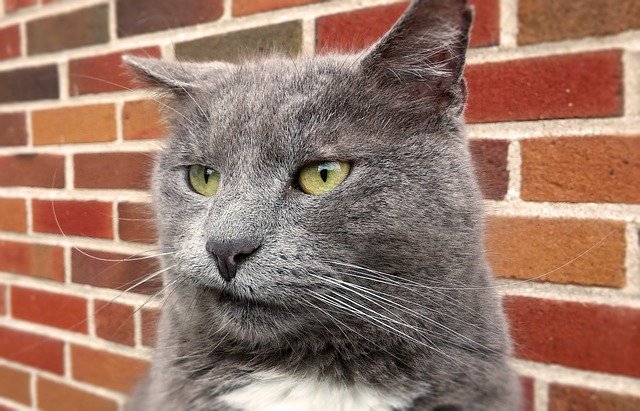 While cats enjoy lazing about, they’re intelligent creatures who crave mental and physical stimulation to feel fulfilled. And let’s not forget, cat curiosity is unrivaled, meaning our nosy kitties need lots to investigate in order to be happy. And when bored, felines tend to act out in destructive ways, like sudden attacks on you.

Attack Aversion Strategy: Give your cats lots to do. From scratchers and toys to catnip and food puzzles, there are tons of ways to alleviate boredom in cats. Looking for some ideas? Try these 11 Fun Ways To Keep Your Cat Entertained.

Like us, cats can get overstimulated. Too much noise, too much to look at, too much of anything can be disorienting. And sometimes, cats get overwhelmed by the smallest of things, like a vigorous scratching along their backs, for example. It starts off amazing, but by the end, it’s just too much. And how do cats handle things when their world is off-kilter? You got it, attack!

Attack Aversion Strategy: Help cats live life on the calmer side with massage and healing touches. Another way to help cats keep their cool? Learn how to Power Up Feline Paws with Reflexology for Cats. 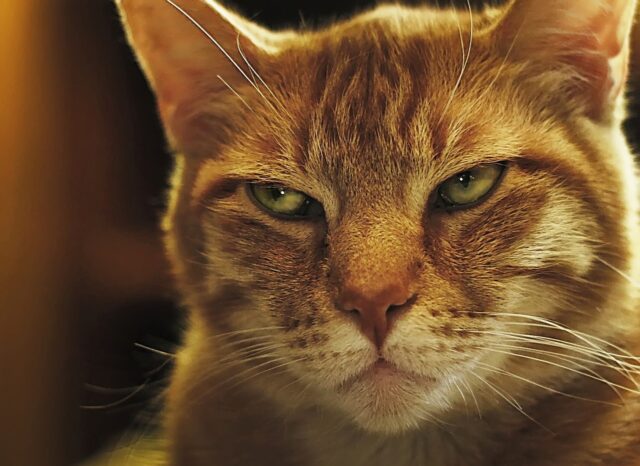 In your cat’s opinion, the two of you are felines together. Now, your cat knows you’re not a kitty too, but as his bonded buddy, he wants to do all the things cats do with you. This includes play! And feline play often begins with a sudden pounce. And how do you know if you’ve got a cat who loves you enough to randomly pounce you?

Dr. Sharon Crowell-Davis, DVM, DACVB, and professor with the College of Veterinary Medicine at the University of Georgia explains, “If you have a cat who tends to follow you around the house — walking, stalking or chasing — then you’ve got a cat who is fairly attached to you socially and wants to be near you because of that social attachment.”

Attack Aversion Strategy: To curb sudden attacks, avoid rough play. Be sure playtime with the cat doesn’t involve your hand or fingers as the target. Keep play gentle. Your cat may think you love rough play if you often initiate overzealous tussling.

As cat parents, we can have a bad habit of preening and picking at the cat. After all, we just want the fur princes and princesses to look and feel their best. But sometimes, our cats get annoyed with our ministrations, and when we don’t get the hint from tail swipes and ear flicks, sudden attacks can happen. It’s their way of saying, “stop it, you!” 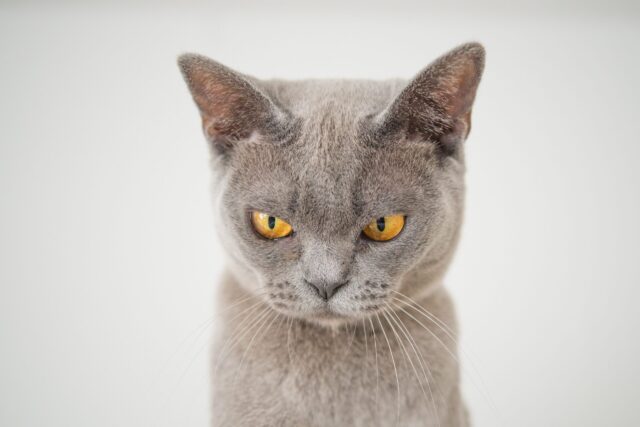 Attack Aversion Strategy: Respect the cues and watch for behavior that indicates anger and irritation. A thumping or swishing tail and flat ears aren’t the only clues to your cat’s annoyance. Pupil dilation or constriction can both be an indicator of attack on the horizon. Watch those eyes and listen to warning meows that sound like a low-pitch siren or throaty growls. To know more about what your cat is saying with that furry body, learn How to Really Understand Your Cat’s Body Language.

Cats crave their own territory, and if they feel someone has encroached on it, behavior problems can happen. In order to assert dominance, the socially threatened cat will act out in aggressive ways, like sudden attacks on their human. And while it may be another cat in the house causing the attacking cat to feel out of sorts, you might become a victim of sudden attack thanks to the feline need for top cat status.

Attack Aversion Strategy: To help cats feel secure in their space, be sure everyone has access to their own food and water dishes. The litter pan proves to be a big source of tension between cats, so follow the golden rule of a litter pan for each cat, plus at least one extra. For cats who aren’t sure where they stand, supply extra attention to let kitties know they’re always good with you. 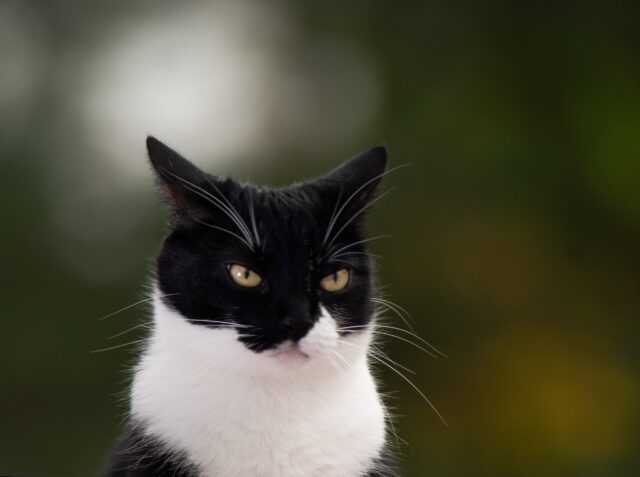 Sometimes cats don’t learn their social cues. If a cat hasn’t spent much time with humans before finding their forever home, you might see sudden attack behavior as the new house cat hasn’t yet learned what’s okay and what isn’t when it comes to people. In the case of cats who grow up as singleton kittens, they don’t have littermates to wrestle and play with; therefore, they don’t learn the limits of play.

Attack Aversion Strategy: The Cornell Feline Health Center suggests redirecting a cat’s attention to deal with play aggression, remembering “the goal is not to scare the cat, but to distract him and refocus his attention.” When it comes to distraction, try toys or firm verbal cues. Don’t yell, though, and never spank a cat. You might also consider clicker training and rewarding positive behaviors during play sessions. 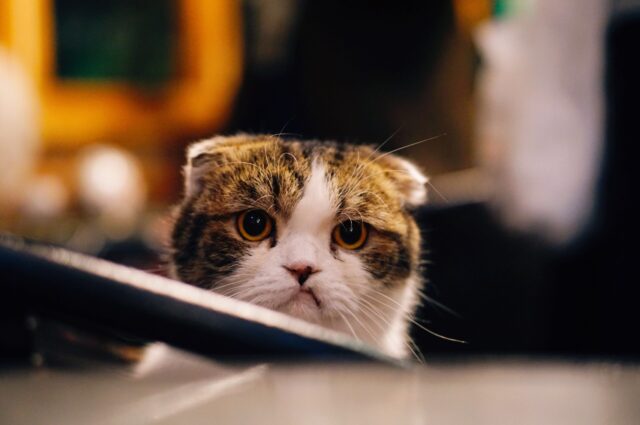 #9 – The Unattainable Lure of the Great Outdoors

Indoor cats love window watching, but there might be moments when the bird in the bush outside is driving your cat to chattering and chirping distraction. Kitty wants that feathered snack so bad she can almost taste it, and this can make her a little irritable.

Attack Aversion Strategy: By learning a cat’s prey preference, you can supply toys that fulfill your cat’s need to hunt. Observe which critters make your cat go wild and choose toys resembling them in look, texture, and possibly even sound. You might even teach your cat how to go for walks on a leash so she sees the world from a different viewpoint now and again. Catios also provide more time in the outdoors, but in a controlled fashion.

Fear can cause cats to suddenly attack. When scared and caught in a situation outside their control, lashing out to protect themselves is a defense mechanism naturally ingrained in cats. For some cats, a trip to the vet can inspire fear aggression because she just doesn’t know what to expect. 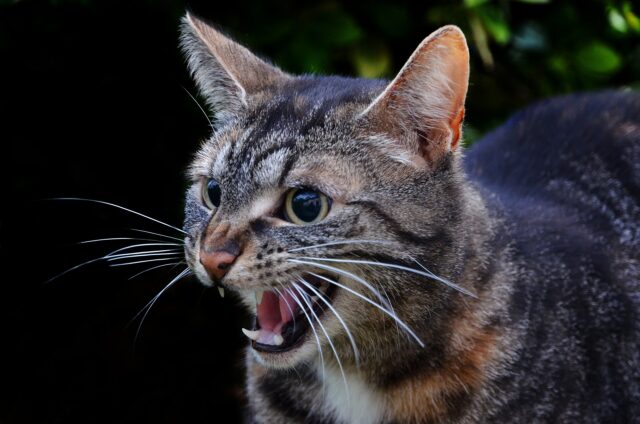 Attack Aversion Strategy: Don’t try to handle cats when they are in fear mode. Let them retreat to their safe hiding places and let them be. If you’re at the vet, leave your cat in their carrier and cover it with a blanket. Offer calm, soothing verbal encouragement from a distance. Plus, here are 6 Things You Can Do To Help Your Nervous Cat.

Cats that don’t feel well can turn to aggression to communicate their vulnerability. This makes total sense when you stop and think about it. When we experience pain or get sick, we aren’t often in the best of moods either.

Attack Aversion Strategy: Beyond the sudden turns in mood, look for other signs your cat isn’t feeling good, such as crying and hunching. Make an appointment with the vet if you suspect your cat might be ill or suffering an injury. 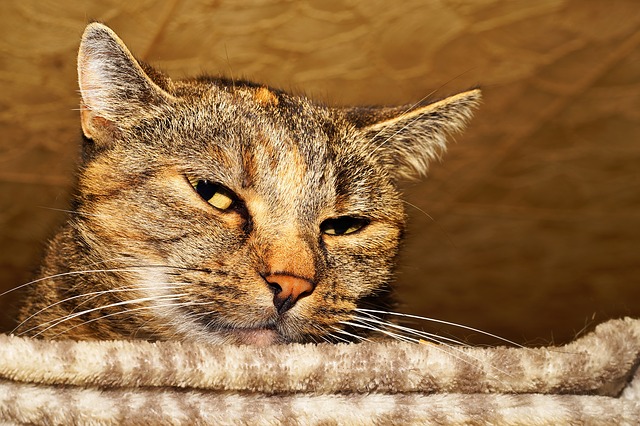 While most sudden attacks are good-natured misunderstandings or playtime shenanigans, recognizing the behaviors that presage an attack can help you better avoid them. If you’ve tried to stop sudden attacks from your cat and nothing is working, consult a feline behavior expert for help.

Though we know our cats better than anyone else, sometimes the small details can evade us because we’re so close to the problem. Outside eyes can help, and when it comes to feline attacks, whether all in fun or out of anger, any assistance is a good thing because, as cat lovers, we want to do everything we can to keep kitties happy and healthy!

Kitten So Happy to Be Catered to, He Insists on Being the Center of Attention
Happy #TRT – Tummy Rub Tuesday (Week 359)
Cat Kept Her Unborn Kittens from the Cold Until Help Arrived, Now Has Her Dream Come True
‘Uber Eats’ Driver Accused Of Stealing Family’s 18-Year-Old Cat
National Selfie Day: 5 Sassy, Classy Cat Selfies On Instagram To Celebrate! [PICTURES]